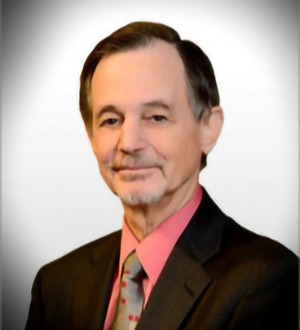 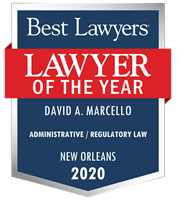 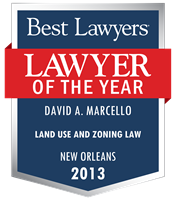 David Marcello has served Of Counsel to Sher Garner Cahill Richter Klein & Hilbert, L.L.C. since 2002. He is a 1968 Phi Beta Kappa graduate of Williams College and holds a 1971 J.D. degree from Tulane Law School, where he was an assistant editor of the Law Review and member of the Order of the Coif. Mr. Marcello was recognized in 2013 by Best Lawyers for his work in the practice areas of Municipal Law, Administrative /Regulatory Law, and Land Use & Zoning Law.

Mr. Marcello’s experience in Municipal Law includes serving as Executive Counsel to Mayor Ernest N. “Dutch” Morial of New Orleans and as Chief Deputy City Attorney, advising city agencies on public records, open meetings, zoning, and public bid laws. He coordinated the City of New Orleans’ legislative program in the 1994 regular session of the Louisiana Legislature. Mr. Marcello’s civic involvement includes chairing in 1994-1995 a 40-member Home Rule Charter Revision Advisory Committee, which successfully undertook the first comprehensive revision of New Orleans’ Charter in over four decades. In 2010, he co-chaired the Blight Task Force and the Procurement of Professional Services Subcommittee, both for the transition of Mayor-Elect Mitch Landrieu. In 2007-2009, he served as the initial Legal Advisor to the New Orleans Ethics Review Board and Office of Inspector General.

Mr. Marcello has spoken about municipal law on numerous occasions:


Mr. Marcello’s articles on municipal law include the following:


Best Lawyers also acknowledged Mr. Marcello in Administrative/Regulatory Law. He has served for over 20 years as General Counsel to the Louisiana Board of Examiners of Certified Shorthand Reporters, rendering legal advice and drafting various acts to strengthen the profession and the regulation of court reporting in Louisiana. Mr. Marcello served as General Counsel of the Regional Transit Authority during 1980-1987, providing legal assistance on legislative initiatives; a sales tax election; public bidding, open meetings and public records laws; compliance with federal law; acquisition of the formerly private transit system; negotiation and drafting of contracts. Mr. Marcello spoke to the Administrative Procedures Study Delegation of the People's Republic of China on "State Administrative Procedure Act Rulemaking." His article, "Administrative Practice Under the 1974 Constitution: A 'Silver Anniversary’ Review,” appeared in the Louisiana Law Review (2001).

Best Lawyers also recognized Mr. Marcello as a ‘Best Lawyer’ in Land Use & Zoning. As a member of the Zoning Technical Advisory Committee, he assists with the current revision of New Orleans’ Comprehensive Zoning Ordinance. As a legal consultant to Tulane’s School of Architecture and New Orleans’ City Planning Commission, he prepared a legal analysis of multiple overlapping jurisdictions governing New Orleans’ riverfront and suggested several redevelopment strategies. He served as a full-time legal consultant for Curtis & Davis Architects’ Planning Department on studies dealing with transportation planning, housing, and neighborhood preservation. Mr. Marcello’s accomplishments in historic preservation included drafting landmarks legislation for Louisiana and serving on the Executive Committee of the Preservation Resource Center Board of Directors. He has also spoken at the American Society of Civil Engineers Convention in New Orleans on “Historic Preservation” and before the Joint Preservation Conference of the National Trust for Historic Preservation and Quapaw Quarter Association in Little Rock, Arkansas on “Urban Conservation Zoning.” He has spoken on “Public and Private Development” to the American Planning Association and on “The Political and Legal Ramifications of Planning in New Orleans.” In 1991-1992, he planned and implemented an interdisciplinary joint degree program in law and urban planning (J.D./M.U.R.P.) for Loyola Law School and the University of New Orleans.

Mr. Marcello has taught legislative process and agency rulemaking at Loyola University and Tulane University Law Schools for more than 25 years. He is the author of “The Ethics and Politics of Legislative Drafting,” 70 Tulane Law Review 2437 (1996). He has traveled around the world giving presentations on legislative drafting and law reform methodologies:


His Pro Bono activities include serving as Program Committee Chair for the Louisiana Appleseed Board and also as a board member for both the Louisiana Children’s Museum and Common Cause of Louisiana.

Mr. Marcello received the Louisiana Consumers League Public Interest Advocate Award in 1989, the Louisiana Aging Network’s Outstanding Individual Award in 1991, and the Golden Hammer Award for Lifetime Achievement in Housing in 1997. He is a lifelong resident of Louisiana and has lived in the City of New Orleans since 1968.