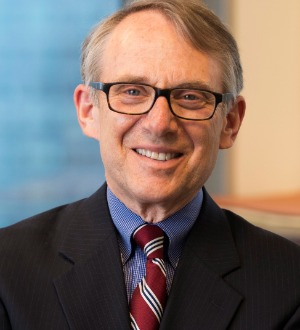 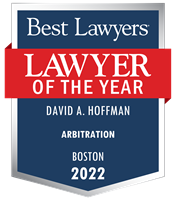 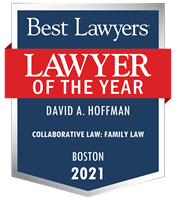 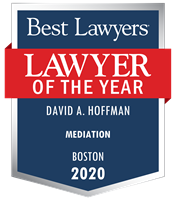 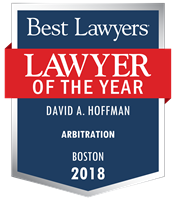 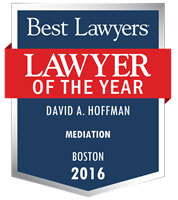 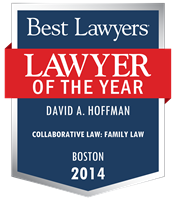 David A. Hoffman is a mediator, arbitrator, attorney, and founding member of Boston Law Collaborative, LLC.

As mediator and arbitrator, he has handled more than 1,000 cases involving family, business, employment, and other disputes. David’s cases range from divorces to complex litigation matters involving Fortune 500 companies.

David is past chair of the ABA Section of Dispute Resolution, and currently co-chairs the Section’s Collaborative Law Committee. He is a Distinguished Fellow in the International Academy of Mediators. He is also past chair of the Boston Bar Association’s ADR Committee and past president of the New England chapter of the Association of Conflict Resolution.

David has published three books – “Bringing Peace into the Room: How the Personal Qualities of the Mediator Impact the Process of Conflict Resolution” (Jossey Bass 2003, with co-editor Daniel Bowling); “Massachusetts Alternative Dispute Resolution” (Butterworth Legal Publishers 1994, with co-author David Matz); and “Mediation: A Practice Guide for Mediators, Lawyers, and Other Professionals” (Massachusetts Continuing Legal Education 2013). He has also published more than 75 articles / book chapters on law and dispute resolution.

David’s firm, Boston Law Collaborative, is the winner of two national awards – the ABA’s Lawyer as Problem Solver Award, and the Law Firm Award for Excellence in ADR from the International Institute for Conflict Prevention and Resolution.

Prior to founding Boston Law Collaborative, David was a litigation partner at the Boston firm Hill & Barlow, where he practiced for 17 years.

David lives in a cohousing community in Acton, Massachusetts, with his wife Leslie Warner. He has three adult children and an adolescent cat.