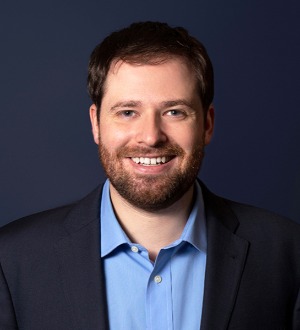 Navigate to map location for Danny Newman Visit the website for Danny Newman at https://tonkon.com/attorneys/danny-newman.html
Your comment has been submitted!
We have encountered an error and are unable to process your comment at this time. Please refresh the page and try again later.
Add Comment
In making your comments, please do not refer to a pending legal matter.
Share My Profile
Post on Social

He joined Tonkon Torp after completing a clerkship with Judge Richard C. Tallman at the U.S. Court of Appeals for the 9th Circuit, focusing on the circuit’s civil appeals. Prior to that clerkship, Danny worked on large and complex bankruptcy cases, bet-the-company commercial and energy litigation, and government anti-corruption and bribery investigations in the Houston office of Paul Hastings LLP. In his first job out of law school, Danny served as a law clerk to Judge Xavier Rodriguez at the U.S. District Court for the Western District of Texas in San Antonio, where he assisted with all aspects of civil litigation — from motions to dismiss through trial — as well as with criminal substantive motions and trials.

Danny earned his J.D. from Northwestern University School of Law in 2014, and graduated from Rice University in 2010 with a B.A. in Political Science and Public Policy, with a focus on American government and urban policy.

53 The Best Lawyers in America® awards

Representing NORPAC Foods, Inc and its affiliates as debtors in their chapter 11 cases
Represented landlord and largest creditor in Subchapter V bankruptcy
Represented debtors in several chapter 11 bankruptcy cases
Represented a fortune 100 company as a creditor in multiple chapter 7 cases
Helped defeat summary judgment for a plaintiff public entity in an arbitration, leading to a seven-figure settlement before trial
Prepared a lawsuit and negotiated a seven-figure settlement for a public entity in a contract dispute
Represented a cannabis client in its out-of-court workout and refinancing, including resolving eight-figures' worth of claims against him and his various entities
Aided in various other representations in state and federal court, and domestic and international arbitrations

Represented an energy company in its restructuring efforts for more than $2 billion in debts, from preparation for filing for Chapter 11 through confirmation. Responsibilities included the negotiation of settlements, drafting and arguing motions and applications at hearings, day-to-day management of restructuring process with the client and creditors, and claims objections.
Represented Official Committee of Unsecured Creditors in the Commonwealth of Puerto Rico on a variety of issues, including, most notably, the restructuring of the Government Development Bank for Puerto Rico.
Represented a large industrial-technology firm, including in adversary proceedings.
Represented an energy company in pre-bankruptcy negotiations in a dispute with the company’s creditors, including the owner of its office-space.
Represented lenders before and during forbearance periods.

Tonkon represents NORPAC Foods, Inc. and its affiliates as debtors-in-possession in their chapter 11 bankruptcy cases. The case has included two major asset sales, the first of which caused the United States Department of Justice Antitrust Division to withhold approval and investigate potential anticompetitive impacts and other antitrust violations. Tonkon worked with the DOJ through its investigation by submitting voluntary document productions, offering key witnesses for interviews, and submitting white papers on various legal issues. The DOJ eventually closed its investigation without taking any action and the sale proceeded without incident.
Represented a mid-sized pharmaceutical company in connection with a federal investigation into patient support program, pricing, and specialty pharmacy issues.
Represented a large oilfield services company in an FCPA investigation related to leaked documents to the media.
Represented a large oil-field services company in an FCPA investigation related to transactions in Brazil.
Represented a multinational pharmaceutical company in connection with its global anti-corruption/FCPA due diligence associated with its US$16 billion acquisition of the vaccines business of another pharmaceutical company, divestiture of its oncology business, and a consumer healthcare joint venture.
Represented an audit committee of multinational renewable energy firm in connection with alleged executive wrongdoing.