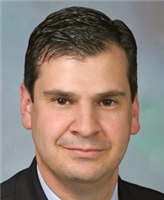 Danny Onorato is a former federal prosecutor and experienced trial attorney. As a defense attorney, Mr. Onorato has successfully represented individuals in a wide variety of complex criminal and civil matters, including many high profile white collar criminal offenses. Mr. Onorato’s clients have included executives from high profile cases including HealthSouth, Enron, KPMG and Fannie Mae. Mr. Onorato has also represented clients in both civil and criminal securities fraud investigations and investigations pending with the Department of Justice.