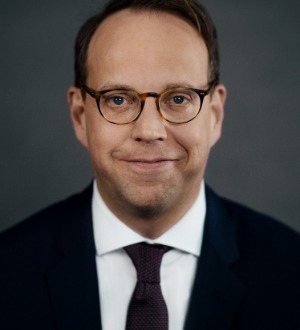 Navigate to map location for Daniel Wiedmann Visit the website for Daniel Wiedmann at https://www.pplaw.com/de/berater/wiedmann-daniel
Your comment has been submitted!
We have encountered an error and are unable to process your comment at this time. Please refresh the page and try again later.
Add Comment
In making your comments, please do not refer to a pending legal matter.
Share My Profile
Post on Social

Daniel Wiedmann, LL.M. (NYU), is an associated partner at POELLATH in Frankfurt and head of the anti-trust team.

He advises on M&A, private equity, competition and anti-trust law and focuses in particular on German and EU competition law, merger control and regulatory M&A.

He is a speaker and lecturer in his areas of expertise and publishes regularly in national and international publications and is a sought-after German expert in many interviews for all German-related topics with regard to German and EU competition and M&A-related regulatory law.

He is a member of the Anti-Trust and Competition Working Group of Invest Europe; the German Antitrust Law Association (Studienvereinigung Kartellrecht); the Frankfurt Antitrust Forum (KartellrechtsForum Frankfurt) (board member 2014-2018) and the German American Lawyers' Assocation.

He studied law at the Universities of Heidelberg, Hamburg and New York (NYU, LL.M., 2002) and was admitted to the German bar in 2006.

37 The Best Lawyers in Germany™ awards