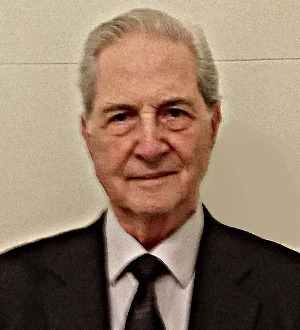 Although well-known as a gaming lawyer, Mr. Schiffman is also a transactional attorney, commercial litigator and mediator. He currently employs those skills as Vice President for Support Services at Spectrum Gaming Group, where he coordinates litigation support and Spectrum's panel of expert witnesses as well as working with Spectrum's array of services to law firms, governments, regulators, and gaming enterprises.
He has served as a Referee, Special Master, Mental Hygiene Evaluator, Guardian ad Litem, and Receiver in Supreme and Surrogates’ Courts, as Counsel to Puerto Rico's Economic Development Administrator and Secretary of Labor, and as Legal Advisor to the U.S. General Service Administration, and the New York City Jr. Chamber of Commerce.
As a continuing legal educator, he was a consultant and lecturer for Practicing Law Institute's Bar Review course among others. In the gaming law field, his work includes lecturing for World Gaming Congress, (1987-1999) Global Gaming Expo, American Bar Association, ALI-ABA (co-chair of gaming law series). Publications include Casino Credit and Collection Law (IAGA, 1989), International Casino Law (U.Nev.,1991;1993,1999), The Gaming Lawyer(1985–2005). Member, Editorial Board, Gaming Law Review (1997-present).
At New York University School of Law, he was a member of the Law Review staff, earned the University Prize Scholarship, and was President of the Pre-Bar Association. He is a member of the bars of New York, U.S. Supreme Court, U.S. Courts of Appeal for the 1st, 2nd , 3rd and 4th Circuits, U.S. District Courts for New York, the NYC Bar Assoc., International Assoc. of Gaming Advisors, and International Masters of Gaming Law. He enjoys the highest peer review rating (av) from Martindale-Hubbell and many other sources.