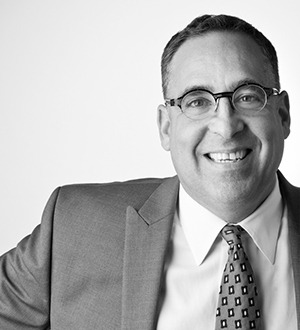 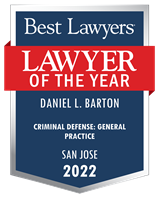 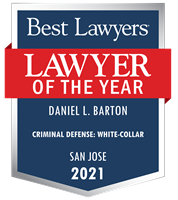 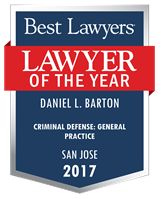 Dan Barton has practiced criminal defense in the mid-peninsula since 1988. He received his A.B., magna cum laude, in 1983 from Brown University, where he was elected to Phi Beta Kappa and awarded the Prize for Academic Excellence in Latin American Studies. Mr. Barton received his J.D. from Stanford Law School in 1988, where his honors included induction into the Order of the Coif. Mr. Barton is a criminal law specialist certified by the California State Bar Board of Legal Specialization and a specialist member of California DUI Lawyers Association. He has been listed in the Best Lawyers in America and designated as a Super Lawyer by SuperLawyers.com. Working with the Palo Alto Area Bar Association, he set up the Lawyers in the Classroom project, which brought discussions of constitutional law issues to 10th grade students at Palo Alto and Gunn High Schools and local cable television.

While pursuing his legal education, Mr. Barton traveled to Barcelona, Spain, to research Spanish constitutional law as a Fulbright Scholar. Mr. Barton served on the Board of Governors of the California Attorneys for Criminal Justice. He is experienced in the defense of intellectual property offenses and is an expert in the complex area of driving under the influence law. Mr. Barton has represented individuals arrested at political actions on issues of reproductive rights, homelessness, affirmative action, and U.S. military policies. Mr. Barton has successfully advocated for many clients charged under the California Three Strikes law. He is fluent in the Spanish language, and has studied the legal systems of Spain, Cuba and the International Criminal Court. He is a member of the International Criminal Defense Attorneys Association. 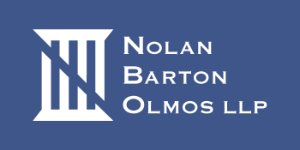