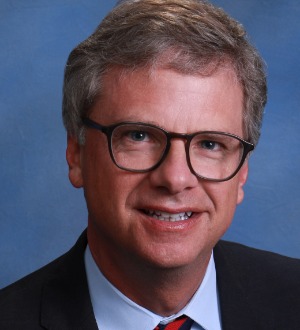 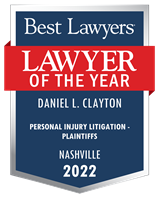 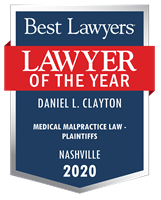 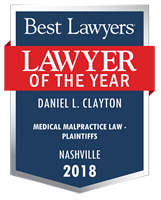 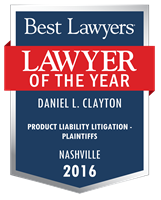 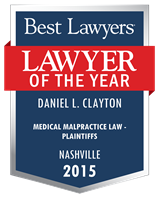 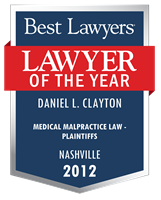 
Professional Background - A Leader in the Law.

Daniel Clayton is certified as a Civil Trial Specialist and a Medical Malpractice Specialist.

He is a much sought after speaker on the subject of trial practice. He has given presentations across the state of Tennessee, Florida and Georgia, not only to other attorneys, but also as a featured speaker at multiple seminars for Tennessee judges.

Daniel is a graduate of Lipscomb University (B.A. 1984) and the University of Tennessee College of Law (J.D. 1987). While in law school, he was a National Semi-Finalist member of the National Trial Moot Court Team. He is a past recipient of the Distinguished Service Award for his contributions to the legal community. He has an AV-Preeminent rating with Martindale-Hubbell.

Community Service - A Leader in the Community.

Giving back to the community is an important part of Daniel's life. "Shortly before my dad died from cancer, he asked me, 'Daniel, what will you do to serve?' I have used that question to help guide me in my life, not only in my law practice, but in my community and with my own family and children."

In 1994, Daniel was elected to the Franklin Special School District Board of Education. He served as Treasurer from 1994-1997. During his tenure, the Board received the 'Tennessee School Board of the Year' award.

Daniel has been involved as a team leader in missions work, not only on U.S. soil, but also in areas of Mexico and Jamaica. During a 20 year period of time, he and his wife have served as foster parents to over 25 children including special needs and disabled children. Daniel also served as a youth basketball coach for 15 years.

Courtroom Success - A Commitment to Excellence.

Daniel has been a part of multiple record-breaking verdicts.

On behalf of their Kinnard Clayton & Beveridge client, Daniel obtained a 5,000,000.00 medical malpractice verdict in Nashville, Tennessee involving the wrongful death of a 2 year old.

Daniel obtained what was reported by news outlet and the presiding judge as a record breaking automobile verdict in Rutherford County, Tennessee. The total verdict was in excess of $2,900,000.00.

At his former firm, Daniel was part of the trial attorneys who obtained a 23,000,000.00 verdict in a medical negligence case in Chattanooga, Tn., which was the largest medical malpractice verdict in Tennessee history for an individual person.

Daniel has also obtained other jury verdicts in excess of 1 million dollars for clients, and has secured numerous million and multi-million dollar settlements throughout his career.