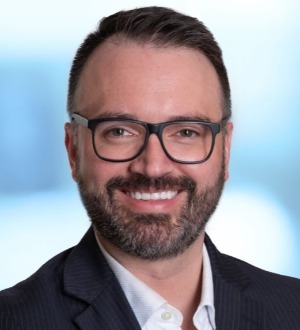 Navigate to map location for Daniel J. Reid Visit the website for Daniel J. Reid at https://harpergrey.com/lawyer/daniel-reid/
Your comment has been submitted!
We have encountered an error and are unable to process your comment at this time. Please refresh the page and try again later.
Add Comment
In making your comments, please do not refer to a pending legal matter.
Share My Profile
Post on Social

Daniel is a Partner with Harper Grey and is a member of our Defamation, Privacy & Media Law, Insurance and Health Law Groups.

In his defamation and privacy practice, Daniel has successfully obtained orders compelling websites to turn over the identity of anonymous commentators, injunctions restraining publication and an order to produce computers for forensic analysis. He is cited by the Supreme Court of Canada (in conjunction with Mr. Baynham, QC) in the leading case concerning liability attached to “hyperlinks”. Daniel is a sought after speaker on legal/technological issues, including Facebook and Twitter, and has appeared on the Bill Good Show on local and national news programs, including CTV National News, CBC National News, and CKNW radio.

In his health law practice, Daniel represent clients in civil legal matters and has appeared at all levels of court in British Columbia and at the Supreme Court of Canada. Daniel is the chair of the CBABC Health Law section.

Daniel has also published numerous legal articles on the sharing-economy and the impact of “gig workers” on the insurance industry.

Daniel grew up in Calgary and attended Carleton University in Ottawa to pursue a journalism degree. After working in radio and television, he moved to Vancouver to attend law school in 2005. He articled with Harper Grey and following his call to the Bar of British Columbia in 2009, he joined the firm as an Associate.

29 The Best Lawyers in Canada™ awards

6 Best Lawyers: Ones to Watch in Canada awards