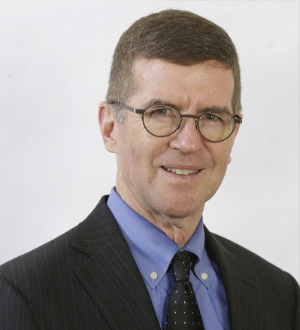 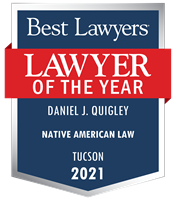 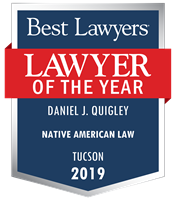 Dan’s practice has focused on representing businesses and governmental entities in complex business transactions (including asset and corporate acquisitions and dispositions, the origination and workout of large construction, real estate, and commercial loans, and technology based companies), complex litigation matters (including antitrust, loan enforcement, contract disputes, and regulatory matters), and intellectual property matters (including software licensing, protection of trade secrets, trademarks and copyrights, and research, development, marketing, and confidentiality agreements). A substantial portion of Dan’s practice has involved representing Indian tribes, including matters relating to water, gaming, real estate, contracts, construction and financing, tort claims, and elections, including both transactional matters and litigation in the federal, state, and tribal courts.

Dan also was included in the 2007 and 2011- 2015 editions of Southwest Superlawyers for business litigation. Dan is a fellow in the Litigation Counsel of America, an honorary society of trial lawyers recognizing less than one-half of one percent of American lawyers based upon effectiveness and accomplishment in litigation at the trial and appellate levels.

"Mr. Quigley is well-versed in a variety of legal topics. His background in finance is helpful in the discussion of how legal matters may affect the business and vice versa. He is a pleasure to work with."