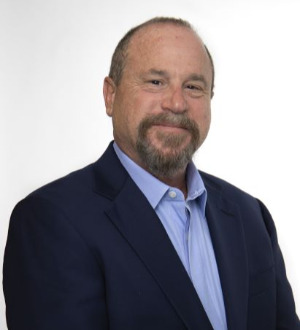 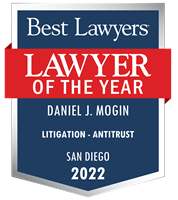 Mr. Mogin’s practice concentrates on antitrust, unfair competition and complex business litigation. He has been selected as lead or liaison counsel in numerous cases and has also frequently served on steering and executive committees charged with overall responsibility for direction of complex multidistrict litigation and Judicial Council Coordination Proceedings. He has participated in some of the largest antitrust class actions in the United States. Mr. Mogin is frequently invited to participate in these cases by other law firms and often consults with law firms engaged in antitrust cases. He has also provided expert testimony in cases and before the California State Senate Judiciary Committee.

Mr. Mogin served as a Lawyer Representative for the United States District Court for the Southern District of California to the Ninth Circuit Conference. In addition to teaching antitrust law for ten years as an Adjunct Professor at the University of San Diego (2002-2003), Mr. Mogin was the Chair of the Antitrust and Unfair Competition Law Section of the California State Bar. Mr. Mogin is also an emeritus member of the Advisory Board of the American Antitrust Institute, serving on the AAI’s Litigation, Intellectual Property, Illinois Brick and Energy Committees and contributed to its Report to the Antitrust Modernization Committee (2007) and its Antitrust Presidential Transition Report (2008).