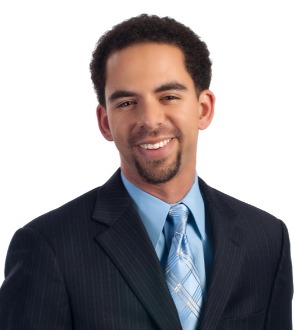 Navigate to map location for Daniel Hutchinson Visit the website for Daniel Hutchinson at https://www.lieffcabraser.com/attorneys/daniel-m-hutchinson/
Your comment has been submitted!
We have encountered an error and are unable to process your comment at this time. Please refresh the page and try again later.
Add Comment
In making your comments, please do not refer to a pending legal matter.
Share My Profile
Post on Social

Daniel M. Hutchinson chairs the firm’s employment practice group and supports the firm’s employment cases. His practice has been focused on litigating, settling, and taking to trial complex class actions that have advanced the public interest. As a partner at Lieff Cabraser, Daniel served as lead or co-lead counsel on cases that recovered over $800 million for his clients in all variety of industries and across myriad discrimination, unpaid wages, ERISA, consumer protection, and financial fraud cases.

Daniel’s employment litigation experience spreads across a wide variety of industries, He was a key player representing Indian nationals in wage theft litigation against Tata, taking the overtime claims of information technology workers to a trial victory against CSC, and litigating the discrimination claims of female managers at Costco.

Daniel has pursued dozens of class action consumer protection cases against major banks and financial services providers that place robocalls to consumers. Daniel’s efforts helped result in the largest monetary settlements in the history of the Telephone Consumer Protection Act and ended harassing robocalls to millions of consumers.Daniel has been recognized as a nationwide leader in employment law. In 2014, Law360 acknowledged Daniel as one of six of the nation’s top employment lawyers under 40. The Daily Journal named him as a “Top 40 Under 40” leading lawyer in California. The Recorder endorsed him as one of “50 Lawyers on the Fast Track.” Daniel has spoken and presented papers at national employment and consumer law conferences, including events sponsored by the American Bar Association’s Section of Labor and Employment Law, the Mason Judicial Education Program, the Practising Law Institute, the Impact Fund, the UCLA School of Law, the National Employment Lawyers Association, and the Consumer Attorneys of California. Daniel has served as the Board Chair for the Lawyers Committee for Civil Rights.

From 1999 to 2002, Daniel worked as a public school teacher in Oakland, California, where he still lives with his wife, Angelica, and their two children.