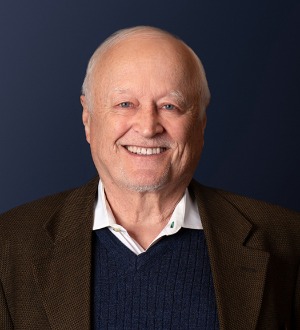 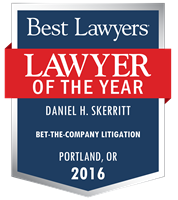 Widely recognized for trial excellence during his past 35 years of practice, Dan represents both plaintiffs and defendants in their complex commercial litigation and disputes. He was the 2010-2012 State Chair of the American College of Trial Lawyers. He is a fellow and past state chair of the International Society of Barristers. Dan was named as one of the top 10 highest rated Oregon attorneys in the 2014 Oregon Super Lawyers® list.

Dan frequently serves as a mediator or arbitrator in commercial and other complex disputes. His listings in Best Lawyers in America© include ADR services. In addition, he regularly testifies as an expert witness on attorneys' fee issues.

Dan has achieved some of Oregon’s largest awards and settlements. Representative matters include:

Dan frequently serves as a mediator or arbitrator in commercial disputes. In addition, he regularly testifies as an expert witness on attorneys' fee issues.

Dan is a former Board member of the Oregon Association of Defense Counsel and serves on the Board of Visitors at the Willamette University College of Law. Following law school, he served for four years as a captain in the U.S. Army’s Judge Advocate General (JAG) Corps.

A prolific writer, Dan has authored more than 20 CLE articles on substantive areas of the law and trial practice techniques, and served as co-editor of the 2012 two-volume Oregon State Bar CLE Oregon Civil Pleading and Practice. For several years, he has served as co-editor of the Oregon State Bar’s Oregon Civil Pleading and Practice Manual. Most recently, Dan wrote "Cross-Examination: Torching the Calendar" published in 2014 by the ABA Litigation Section for The Art of Cross-Examination, Essays From the Bench and Bar.

In October, 2015 Dan presented to the Multnomah Bar Association Young Lawyers Section on cross examination as part of their "Advanced Litigation Skills Series." Dan was invited to speak at the Oregon State Bar's 22nd Annual Litigation Institute in February. He discussed his litigation experience in a master class panel alongside several of Oregon's top litigators. Dan also recently spoke to the Oregon State Bar's New Lawyers Section on trial preparation.

53 The Best Lawyers in America® awards