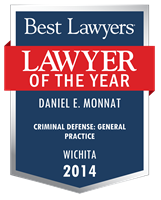 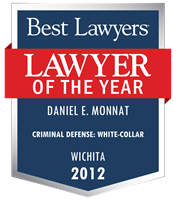 Whether by obtaining an acquittal of his white-collar client at the conclusion of the prosecutor's opening statement, or proving that the drug dog's sensitive nose has been kicked by a horse, during the past 45 years, Dan Monnat has been recognized as a creative trial and appellate criminal defense lawyer. He co-founded Monnat & Spurrier, Chartered, a criminal defense trial and appellate firm in Wichita, Kansas, in 1985.

In 2007, then-Kansas Gov. Kathleen Sebelius appointed Mr. Monnat to the Kansas Sentencing Commission, acknowledging his lifelong career as a trial and appellate litigator and legal scholar. Mr. Monnat has been listed as one of the “Top 100" lawyers in the Missouri & Kansas edition of Super Lawyers for more than a decade, and named to Super Lawyers' “Top 10” list in Missouri & Kansas every year since 2018. He has been listed in Best Lawyers in America® for 35 years.

Can I Get a Witness?

Can I Get a Witness?

Technology for Litigators: Pointing and Clicking Our Way Through Trial

Technology for Litigators: Pointing and Clicking Our Way Through Trial