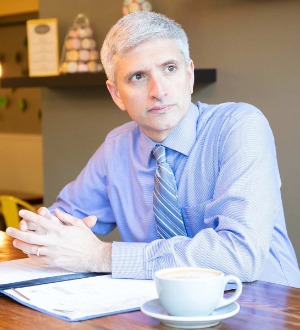 Daniel Blau is a constitutional advocate and criminal defense attorney who focuses on criminal appeals and trial defense in serious felony cases. Dan began his career as a law clerk for the Honorable Linda M. McGee, the Chief Judge of the North Carolina Court of Appeals. Since beginning work in private practice in 2008, he has skillfully argued cases on behalf of clients before North Carolina's state and federal appellate courts and has a proven record of success in securing reversals of serious criminal convictions. An experienced, innovative, and hard-working defense lawyer, Dan has represented more than a thousand clients facing felony and misdemeanor charges, DWIs, and traffic matters in North Carolina.

Dan's advocacy for his clients extends beyond the courtroom. Dan has been a member of the American Civil Liberties Union of North Carolina since 2005, during which time he served on the organization's Board of Directors for six years, and also served as Vice-President of the Board. Dan is a career-long member of the North Carolina Bar Association, where he enjoys membership in the Constitutional Rights and Responsibilities Section, the Criminal Law Section, and the Appellate Law Section. Dan served on the section council of the Constitutional Rights and Responsibilities Section for a number of years and as a term as Council President. He has written and presented extensively on issues of legal ethics for defense lawyers. He is an AV Preeminent Peer Rated Lawyer by Martindale Hubbell.