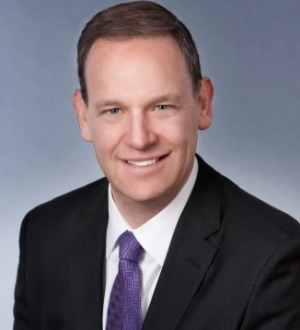 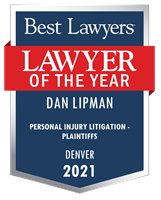 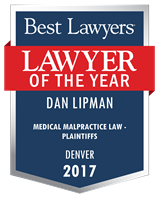 Dan's passion is representing injured people and their families in personal injury cases. He has extensive experience pursuing a wide range of personal injury cases including sex assault cases, complex medical malpractice matters and wrongful death cases. Dan has obtained millions of dollars in settlements and judgments for injured people and their families.

Dan has been selected by his peers for inclusion in Best Lawyers in America and, for 2021, Best Lawyers in America named Dan “Lawyer of the Year” for Plaintiffs Personal Injury Law in Denver. In 2017, Dan was named by Best Lawyers in America as “Lawyer of the Year” for Plaintiffs Medical Malpractice Law in Denver. He was selected by Law Week as 2021 Best Medical Malpractice Lawyer, Barrister’s Choice. Dan has repeatedly been named in Super Lawyers and is named to Super Lawyers “Top 100” lawyers in Colorado. He is included in “Top Lawyers” in Denver’s 5280 Magazine. Martindale-Hubble recognizes Dan’s skills with an “AV-Preeminent” rating, the highest rating for legal ability and ethical standards based upon a lengthy peer review process.

Dan is honored to be a faculty member at the National Institute of Trial Advocacy (NITA), teaching litigation skills to other lawyers. Dan has often been a guest speaker at the University of Colorado School of Law and the University of Colorado Hospital. Dan has been elected by his fellow trial lawyers to the American Association of Justice (AAJ) Board of Governors. He is also a co-founder and co-chair of the AAJ Ski Area Litigation Group.

Dan is an avid skier and fisherman. He is a passionate fan of the University of Colorado Buffaloes and the Boston Red Sox. He enjoys spending time with his wife, his 10-year-old daughter and his Great Pyrenees dog.