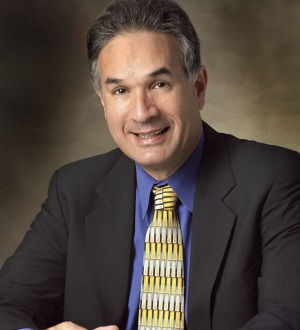 Dan Cytryn has been practicing personal injury law in the state of Florida for nearly 40 years, and he represents clients in injury cases throughout all of Florida. Mr. Cytryn is a Florida Bar Board Certified Civil Trial Lawyer (in a state where only about 1% of practicing trial lawyers hold that distinction). He has been Board Certified for almost three decades.

Mr. Cytryn has been lead counsel in more than 105 personal injury jury trials, including motor vehicle accidents, slip and trip and falls, medical malpractice cases, nursing home negligence, and many more. He has obtained approximately 20 separate million-dollar verdicts or settlements for his clients. In addition to his trial practice, Mr. Cytryn has also handled more than 40 appeals, including having argued three times before the Florida Supreme Court. In 2016, he appeared before Florida Supreme Court and argued in opposition to the implementation of the Daubert standard for the admission of evidence in Florida state trial courts. Mr. Cytryn was quoted in the opinions of two Supreme Court justices in that matter.

Mr. Cytryn earned his bachelor's degree from the University of Miami in 1978, and graduated from Nova Law School in 1981.

In 1995, he was president of the Broward County Trial Lawyers Association. Mr. Cytryn is also a member of the American Board of Trial Advocates (ABOTA), a nationwide organization of lawyers which requires members to meet strict admission requirements and have a high level of integrity and personal character. Mr. Cytryn has been appointed by the President of the Florida Bar to the Florida Bar's Civil Procedure Rules Committee and has served on that committee now on and off for more than a decade. He has been an E.A.G.L.E. for the Academy of Florida Trial Lawyers, now known as the Florida Justice Association, for over 20 years and is a frequent fundraiser for the organization. In the year 2015, he received the E.A.G.L.E. legend award for having contributed at least $100,000 to the Florida Justice Association.

Victims of accidents deserve to be compensated for their injuries. In order to obtain what you deserve after an accident, you want an attorney by your side who has the experience, intelligence, and ability to handle your case. Mr. Cytryn has almost 40 years of experience in fighting insurance companies and successfully trying personal injury cases for his clients throughout Florida.