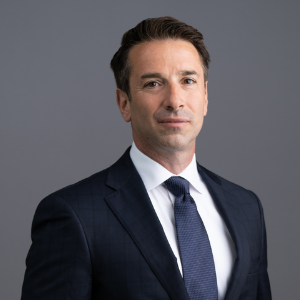 In 1991, Dale received a B.A. in Economics from McMaster University, he received his law degree from the University of Western Ontario in 1994 and was called to the Ontario Bar in 1996. Dale Orlando is one of the founding partners in McLeish Orlando LLP and is a lawyer that practices exclusively in the area of plaintiff’s personal injury litigation. McLeish Orlando LLP was recently recognized by Canadian Lawyer magazine as one of Canada’s top 5 personal injury law firms and Dale has been selected by his peers for inclusion in the BestLawyers Registry since 2010.

Dale has represented catastrophically injured people and their family members throughout the Province of Ontario. Dale and his team were successful in securing a settlement in excess of 14 million dollars in 2010 for a client who suffered a serious brain injury. This settlement is one of the largest ever in Canada.

Dale is a Past President of the Ontario Trial Lawyers Association and is a member of the American Association for Justice and the Advocates’ Society. He is a contributing author to A Guide to Personal Injury Practice in Motor Vehicle Cases. Dale has acted as co-chair and lectured at conferences held by the Ontario Trial Lawyers Association, the Advocates’ Society, The Canadian Institute, The Law Society of Upper Canada, the Carleton County Law Association, the Ontario Bar and other legal organizations. Additionally, Dale has appeared as a guest lecturer at the University of Western Ontario, Osgoode Hall, Queens University, George Brown College and at various community hospitals and legal clinics.