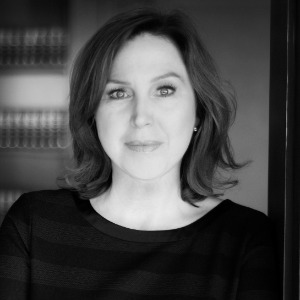 Send D.J. Miller an email at djmiller@tgf.ca Navigate to map location for D.J. Miller Call D.J. Miller at 416-304-0559 Visit the website for D.J. Miller at https://www.tgf.ca/people/bio/d.j.-miller
Your comment has been submitted!
We have encountered an error and are unable to process your comment at this time. Please refresh the page and try again later.
Add Comment
In making your comments, please do not refer to a pending legal matter.
Share My Profile
Post on Social

D.J. is a partner in the restructuring and litigation firm Thornton Grout Finnigan LLP and has represented a wide variety of stakeholders in complex restructurings and insolvency litigation for the past 25 years. She is known for having a deep understanding of the insolvency framework, both domestic and international, and for applying strategic skills to achieve creative outcomes for clients. Representative mandates include acting as lead Canadian insolvency counsel to the UK Pension Claimants in the Nortel Networks case, in obtaining a pro rata allocation of US$7.3 billion of sale proceeds among more than 40 insolvency estates in Canada, the US and Europe following the first joint trial involving the Canadian and US Courts. D.J. also obtained the first pre-filing stay of proceedings under Canada’s main insolvency statute, in the Square Two cross-border proceeding. She has extensive experience on the “deal” side of restructurings as well as insolvency litigation, and has appeared before every level of court in Canada. D.J. is currently representing the first public university in Canada to seek insolvency protection as it restructures.

D.J. is a past guest lecturer at three Canadian law schools, a regular speaker at conferences and the author of numerous articles and publications. She has been recognized as Insolvency Litigator of the Year (2022, 2018 and 2016) by Benchmark Canada Litigation, is the recipient of the Lexpert Zenith award (2017), the TMA Women of Excellence Exemplar award (2017) and has again been named in the Top 50 Women Litigators in Canada (2021) in addition to being ranked in Best Lawyers and Who’s Who Legal.