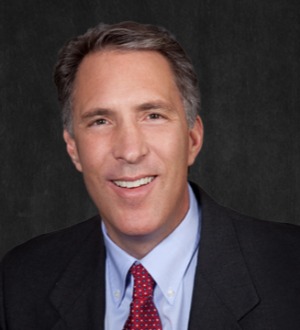 Mr. Simpson has been engaged in the practice of law since 1987. He practices with the law firm his grandfather, Milward L. Simpson, established—Simpson, Kepler & Edwards, LLC, the Cody, Wyoming division of Burg Simpson Eldredge Hersh & Jardine, P.C.

Mr. Simpson has been selected by members of the national legal community as one of the Best Lawyers in America 2006-2022. Best Lawyers publishes a book each year listing those individuals who are recognized as professionals who continue their education in an effort to stay current in their chosen profession and continue to distinguish themselves among their peers. The book is considered to be, professionally, the definitive guide to legal excellence in the United States. Mr. Simpson was chosen as a member of this distinguished group because he has displayed an exemplary commitment to his profession, his community, and to his clients. Mr. Simpson has also been rated as a “Top Rated Attorney” by AVVO for 2021.

Mr. Simpson serves on the Boards of the Buffalo Bill Center of the West and Yellowstone Behavioral Health in Cody, Wyoming; First Bank of Wyoming, a division of Glacier Bank, in Powell, Wyoming; and the Riley Arena and Community Events Center. Mr. Simpson previously served on the boards of the Cody Country Chamber of Commerce (Pres. 1993) and the Park County Youth Hockey Association.

Mr. Simpson was one of two Wyoming Representatives chosen to participate in the Council of State Governments-WEST (CSG-WEST), the first leadership-training institute for state legislators to build excellence and effectiveness in state legislators.

26 The Best Lawyers in America® awards