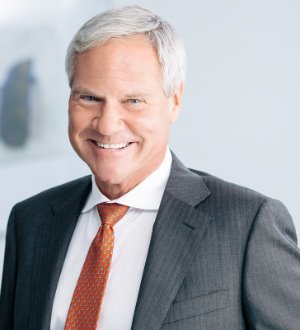 Clive Boulton is a member of the Insurance Group at Singleton Urquhart Reynolds Vogel LLP. Clive has been practicing law since 1979, first at the Provincial Crown Counsel’s office in Vancouver to gain trial experience after finishing his articles. For two years he did exclusively trial work in Provincial and Supreme Court and spent six months doing jury trials.

In 1981 Clive entered private practice and has practiced in a variety of areas including fire losses, construction liability, commercial and vehicle fraud, real estate defence, medical malpractice defence and personal injury defence. He also handled personal injury plaintiff cases and continued to practice in the criminal courts.He has been voted by his peers as one of the Best Lawyers International in Litigation since 2011 and has been named as a Benchmark Litigation Star by Benchmark Canada.

Clive’s current focus is on personal injury insurance defending vehicle injury and occupier’s liability claims including catastrophic injury, brain injury, thoracic outlet syndrome, fibromyalgia and chronic pain syndrome claims. He has presented papers on subjects such as chronic pain and drafting expert reports. He also defends construction liability claims including fire loss and water damage claims. Clive is a trial lawyer and enjoys working with juries. He has appeared as counsel in the Supreme Court and the Court of Appeal of British Columbia.

19 The Best Lawyers in Canada™ awards