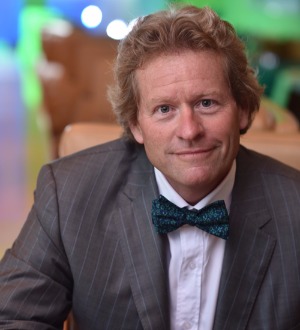 Cliff is the Managing Partner of Lawson Lundell. Cliff’s practice is focused on environmental and aboriginal litigation. His clients include companies in the forestry, manufacturing, mining, real estate development, hydro-electric power generation industries. Cliff has represented his clients in environmental prosecutions, administrative actions, permit appeals, environmental assessments and has helped clients respond to a wide variety of environmental investigations and prosecutions.

He has successfully defended clients against numerous regulatory and environmental prosecutions and has appeared as counsel in British Columbia, Ontario, Alberta, Saskatchewan and Manitoba and before the Supreme Court of Canada. In addition to this court work, Cliff has also conducted administrative hearings before the BC Environmental Appeal Board, BC Forest Appeals Commission, the Natural Resources Conservation Board of Alberta, the Alberta Energy and Utilities Board, the Workers Compensation Appeal Tribunal of BC, and the BC Tobacco Control Act Administrative Board.

Cliff acts for resource developers in a number of major aboriginal litigation cases including actions involving land claims and the infringement of treaty and aboriginal rights. Cliff has also acted for industry on numerous court and administrative actions in which First Nations are challenging regulatory permits or appeals. He also has extensive experience in negotiating and drafting co-operation agreements, consultation protocols and impact benefit agreements.

Before becoming Managing Partner in 2016, Cliff was the Head of the Litigation Group in 2011. He is also a member of the Executive Committee.

19 Best Lawyers: Ones to Watch in Canada awards

Cliff has had considerable experience in complex litigation and was one of four trial counsel in one of the longest trials in B.C. history, Privest Properties Ltd. et al. v. W.R. Grace & Co. of Canada Ltd. et al. in which Lawson Lundell successfully defended W.R. Grace & Co. in a products liability suit.