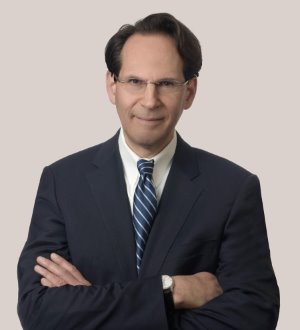 Navigate to map location for Clifford "Cliff" Sosnow Visit the website for Clifford "Cliff" Sosnow at http://www.fasken.com/en/clifford-sosnow
Your comment has been submitted!
We have encountered an error and are unable to process your comment at this time. Please refresh the page and try again later.
Add Comment
In making your comments, please do not refer to a pending legal matter.
Share My Profile
Post on Social

Clifford Sosnow is co-Chair of Fasken’s International Trade and Investment Group. He is an internationally recognized trade, investment and anti-bribery law advisor, strategist and advocate. He is ranked among the best of the best, a leading trade law practitioner and at the highest level of expertise by Canadian and international directories on anti-bribery law, export/import licensing compliance, national security reviews, controlled goods requirements and audits, economic sanctions, Cuba blocking law, dumping/countervail investigations and customs issues.

Clifford leverages his rankings as a leading practitioner of the highest level of expertise to provide strategic advice to corporations, governments and industry associations. He is a seasoned advocate before Canadian trade regulators, government agencies and departments, and NAFTA and WTO arbitrators, but also issues opinions on complex cross-border matters including sanctions, export control and anti-bribery law and conducts anti-bribery, export control, national security and sanctions due diligence of sophisticated, high profile and high value M&A transactions. Clifford also regularly counsels clients to minimize their enforcement risk through sanctions and export control compliance audits and the development of best practice anti-bribery and trade controls internal policies.

Clifford Sosnow has over three decades of experience in advising clients on several of the key criteria Canadian regulators examine in conducting national security reviews of proposed acquisitions. These include the transfer of sensitive technology, the involvement of Defence Production Act and other controlled goods and technology and Canada’s defence capabilities and interest. Clifford has been invited to speak at conferences on the subject and has participated in proposed acquisitions raising Canadian national security issues.Having previously clerked at the Federal Court of Canada, acted as in-house counsel with the Department of Foreign Affairs International Trade and Development (Global Affairs Canada), and the Canadian International Trade Tribunal, Clifford leverages this experience and understanding of Canadian government to minimize enforcement risk including the strategic use of voluntary disclosures and requests for sanctions permits.

Clifford is a thought leader. His acknowledged expertise has earned coverage across media and print outlets including National Public Radio, Bloomberg TV, The Globe and Mail, National Post and the Canadian Broadcasting Corporation. His thought leadership extends to executive positions he holds in many professional associations including the American Bar Association, the Trade Committee of the OECD business advisory committee (BIAC); the Dispute Resolution and Arbitration Committee of the Inter-Pacific Bar Association and the Canadian Chamber of Commerce.

In addition to engaging in an active speaking and moderating schedule at legal and business conferences around the world, Clifford also writes extensively on international trade and bribery issues, and for the past several years sits on the Editorial board of the Kluwers Global Trade and Customs Journal.

285 The Best Lawyers in Canada™ awards

61 Best Lawyers: Ones to Watch in Canada awards