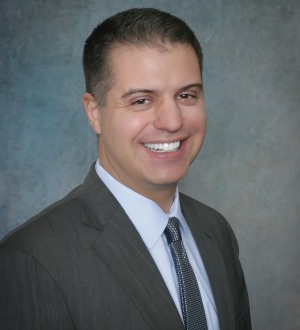 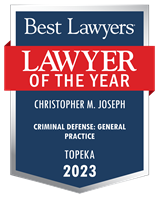 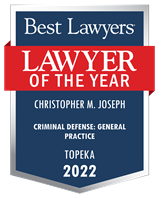 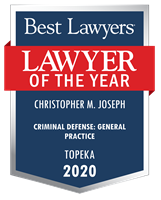 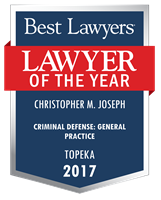 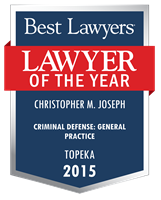 Mr. Christopher Joseph represents individuals and businesses in complex civil litigation and during the investigation and prosecution of criminal charges.

After graduating from law school, Mr. Joseph was appointed by Chief United States District Judge John Lungstrum, District of Kansas, to serve as his law clerk from 2000 to 2002. Mr. Joseph joined Joseph, Hollander & Craft in August of 2002 and is now Managing Member of the Firm.

Mr. Joseph is an active member of local and state bar associations and is a lifetime member of the National and Kansas Association of Criminal Defense Lawyers. He served on the Bench-Bar Committee for the United States District Court for the District of Kansas from 2009 to 2010. Mr. Joseph served as Chair of the Merit Selection Panel for the appointment of a federal magistrate judge in 2010 and 2019, and was a member of the Tenth Circuit Merit Selection Panel for the Kansas Federal Defender in 2013.

Mr. Joseph has earned Martindale-Hubbell Law Directory’s highest “AV” rating for lawyers. He is a Fellow in the Litigation Counsel of America, is recognized in the peer-review publication Best Lawyers in America, is designated as one of the top five percent of Kansas lawyers in Super Lawyers® by Thomson Reuters, and has been named “Top 100 Trial Lawyers” in Kansas by The National Trial Lawyers.