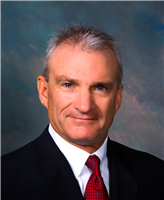 CHRISTOPHER K. SPEED joined the firm as a Shareholder in 1994 after representing plaintiffs in Virginia for 20 years. He has spent his entire career pursuing justice for victims of personal injury, medical and legal negligence, aviation accidents and defective products.

Mr. Speed is also a founding member of the Northern Virginia Plaintiff’s Bar Association, an organization of plaintiff lawyers dedicated to improving the ability of victims to pursue justice for their injuries. He often uses his experience as a licensed pilot to represent victims and their families involved in aircraft crashes.

Mr. Speed has been listed in The Best Lawyers in America for over 25 years.