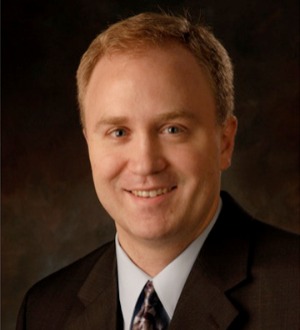 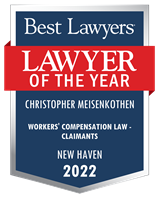 In 2011, Attorney Meisenkothen became a named partner in Early, Lucarelli, Sweeney & Meisenkothen. The highly regarded Super Lawyers rating service identified him as a "Rising Star" (2008-2012 — Products Plaintiff). He has since been named “Super Lawyer” by the Super Lawyers rating service in recognition of the professional achievements that he has attained thus far in his career (2013-2015 — Products Plaintiff). No more than 5% of the lawyers in any given state are awarded this prestigious designation. In recognition of his record of success in asbestos litigation in Connecticut, Chris was also chosen as one of the Connecticut Law Tribune's "Dozen Who Made a Difference" in 2012.