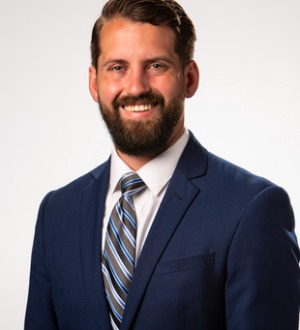 Chase and his wife, Alyssa, live in downtown Indianapolis with their son, Wilder, and two dogs, Steve and Marvin. Chase is an admitted nerd and sports fanatic who played soccer, wrestled, and ran track before going to college. Currently, he focuses his practice solely on representing accident victims, with the goal of obtaining fair compensation for their injuries. Chase has represented victims of car accidents, truck accidents, slip & falls, assaults, and even negligent firearm discharge accidents recovering millions of dollars for his clients.

Chase attended East Central High School in St. Leon, IN before getting his bachelors in legal studies from Indiana State University. During his time at Indiana State he met his now wife, Alyssa, and was a proud member of the Pi Kappa Alpha fraternity, serving as their Vice President for a year and being named Athlete of the Year three years in a row.

Upon graduation from undergrad Chase chose to attend the Indiana University Robert H. McKinney School of Law from which he graduated in 2016. While in law school Chase competed in the Honorable Robert H. Staton Moot Court competition where he was named to the order of the barristers (top 32 participants) and made it to the quarterfinals.During law school Chase worked as a certified legal intern for the Hurst Limontes LLC and was named to the Order of the Barristers due to his performance in the Moot Court Competition. He graduated with a certificate in Corporate & Commercial law which aids him in interpreting insurance contract language.

Chase has handled every type of personal injury claim imaginable, from a simple rear-end car accident to the negligent discharge of a firearm. He's collected millions of dollar for his clients in his young career as a personal injury lawyer.