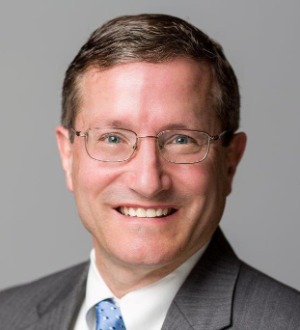 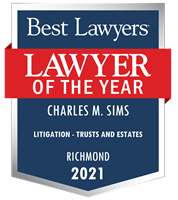 Charles M. Sims is a partner with and heads up LeClairRyan’s Business Litigation Practice. Mr. Sims regularly litigates in federal and state court all manner and types of complex commercial disputes, including claims for officers’ and directors’ liability and professional malpractice; breach of contract, fraud, violations of state trade secret laws, tortious interference with contract, and ERISA claims. Mr. Sims also frequently represents clients in intellectual property litigation in federal and state court, and has a special interest in technology related issues. As a part of his commercial practice, Mr. Sims also litigates disputes related to estate matters and claims before various state agencies, including the State Corporation Commission and the Virginia Alcoholic Beverage Control Board.

Mr. Sims is a former Lieutenant in the United States Navy. He began his career as a submarine officer. He was stationed on board a Los Angeles Class, Fast Attack Nuclear Submarine. As part of his responsibilities, Mr. Sims supervised the operation of the nuclear reactor and the main propulsion plant for the nuclear submarine. Mr. Sims also developed technical and sonar search plans and he established a comprehensive training program to enhance the efficiency of maintenance practices aboard the submarine.

Mr. Sims is a professor at Washington and Lee University School of Law, where he teaches a third year practicum-based course on Fiduciary Litigation.

"Charles Sims is absolutely the best lawyer I have worked with and I have worked with a lot of lawyers! He is a smart, very experienced litigator, who takes the time to work through legal strategies from a very practical business prospective. I have found Charles to be a very excellent advisor as well as lawyer with great attention to detail and insight into practical solutions to complex business matters. He is always available to me and other personnel in our company. He is a great asset to LeClair Ryan and I am truly grateful for his commitment to us, and his commitment to practicing his profession with the utmost professionalism and ethical standards."

"Mr. Sims has been a great partner in our litigation needs. I have been very satisfied with the results and appreciative of the partnership and his practical approach and balanced aggressiveness. I trust him unconditionally."