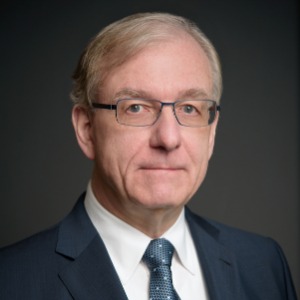 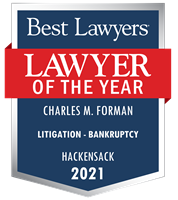 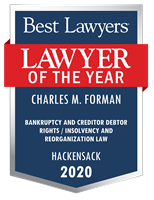 Charles M. Forman, senior member of Forman Holt, is a nationally recognized leader in the field of insolvency and bankruptcy law in the region with more than 40 years of experience as an attorney for debtors and creditors in addition to his service as a member of the private panel of trustees appointed by the United States Department of Justice. Mr. Forman also has served as an attorney for other trustees and as a fiduciary in numerous state and federal court proceedings.

In his capacity as a trustee, Mr. Forman has administered more than 20,000 Chapter 11 and Chapter 7 cases, including many of the most complex cases that have been filed in this region during the past four decades. The cases he has overseen include household names such as Linens 'n Things, Workbench Furniture, Russ Berrie Toys and Upsala College. During the course of his 40 year career he has administered approximately one-half billion dollars in assets and distributed hundreds of millions of dollars to creditors in order to satisfy their claims against the various bankruptcy estates which Mr. Forman has administered.

Named "Master of Disaster" by The Bergen Record for his skill and achievements in handling complex and challenging bankruptcy cases.

In addition to serving as a Trustee in Chapter 7 and Chapter 11 cases, Mr. Forman has been selected to serve as Liquidating Trustee, Plan Administrator, Independent Director, and Member of the Oversight Committee for confirmed plans. In the State Courts Mr. Forman has served as the Assignee and as Assignor for the Benefit of Creditors, and as a Special Fiscal Agent with broad oversight over Debtors' operations.

Mr. Forman's efforts and accomplishments have been reported in publication s such as the New York Times, Wall Street Journal and Forbes Magazine.

Mr. Forman is founder of the firm. His combined background in business, law and engineering and his creative approach to problem solving have served him well in connection with the many varied and complex assignments that he has handled including matters in the areas of telecommunications, manufacturing, real estate, employee benefits and health care, retail operations, securities law and other complex areas.

In addition to serving as an attorney and a fiduciary, Mr. Forman also has been a court-approved mediator on the panel of mediators for the Bankruptcy Court for the District of New Jersey. In that capacity he has been called upon to mediate numerous complex matters for the courts in New Jersey. 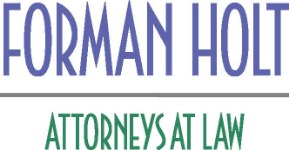