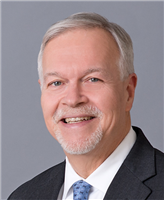 Bowles Rice LLP
"Chazz Printz is the best attorney in the State of West Virginia."

Charles F. Printz, Jr., is a partner in the Martinsburg office of Bowles Rice.  He is a former leader of the firm’s Business Litigation Practice Group and serves on the firm’s Executive Committee. He is also a member of the firm’s Financial Services Litigation Team. He concentrates his practice in all aspects of civil litigation, including business litigation, commercial disputes, employer liability, employment law, condemnation and wrongful death/personal injury. He has tried more than 80 jury trials to verdict.

In 2006, Mr. Printz served as a member of the United States Magistrate Judge Selection Panel for the United States District Court for the Northern District of West Virginia and on the Governor’s Advisory Committee on Judicial Nominations for the 23rd Judicial Circuit.  He has been named one of The Best Lawyers in America in West Virginia in the areas of commercial litigation, labor and employment law, and bet-the company litigation, and he has been listed in Super Lawyers in the area of business litigation.

In 2008, he was named a West Virginia Bar Foundation Fellow. Mr. Printz was named Best Lawyers’ Lawyer of the Year in the northern West Virginia region for Bet-the-Company Litigation (2013) and  Litigation - Construction (2014). He has been recognized by Best Lawyers in America in the areas of Bet-the-Company Litigation, Commercial Litigation, Employment Law - Management, Labor Law - Management, Litigation - Construction and Litigation - Labor and Employment. He has also been named among “Leaders in their Field” by Chambers USA: America’s Leading Lawyers for Business in Commercial Litigation
Read more on firm website

"Chazz Printz is the best attorney in the State of West Virginia."

(real estate company owned by husband and wife had personal goodwill not subject to equitable distribution; testimony of expert witnesses is not exclusive; profits of a business that are based upon future contingencies or obligations are subject to equitable distribution upon dissolution of a marriage, but only that portion of the profits for work done during the marriage)

(property owners may not receive temporary diminution of value damages for real estate where restoration from underground contamination at the defendant’s cost will restore value)
Add Comment
Your comment was saved successfully!
Thank you for your feedback.