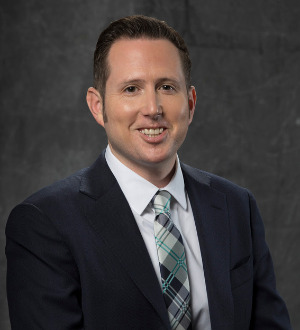 Chad J. A. Boyles is an attorney and partner at the firm, focusing on personal injury and wrongful death cases, and has been named to the “Best Lawyers: Ones to Watch” list, as well as one of Bakersfield Life Magazine’s “20 Under 40 People to Watch.”

After law school, Chad worked briefly in Pasadena before returning to Bakersfield and joining another local firm. For 2 years, he litigated state cases covering a wide variety of legal issues, including personal injury and civil rights. Chad has also provided advice and counseling to clients facing legal issues on a volunteer basis at Greater Bakersfield Legal Assistance, Inc.

Chad has been has been named to the “Best Lawyers: Ones to Watch” list. The recognition is given to attorneys early in their careers for outstanding professional excellence in private practice based on peer reviews, research, and other metrics, according to Best Lawyers, which is among the oldest and most respected guide to the legal profession.? He has also been named as one of the “20 Under 40 People to Watch” in Bakersfield Life Magazine, 2020 Edition.

Outside of the office, Chad is involved in several goodwill efforts throughout the community, including taking underprivileged students back-to-school shopping and mentoring pre-law students. He is also a member of the Board of Directors for the CSU Bakersfield Alumni Association. He is a graduate of Leadership Bakersfield, class of 2019.