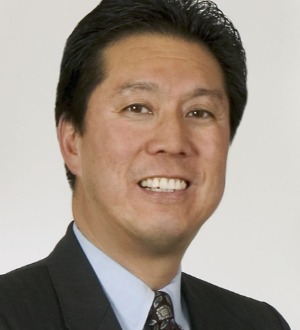 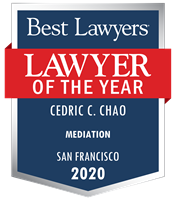 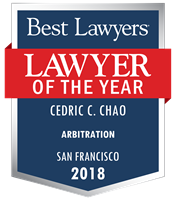 After leading BigLaw teams for years in high stakes and precedent setting cases in U.S. courts and international arbitration tribunals, Mr. Chao in May 2019 launched a boutique enabling him to sit as arbitrator, mediator, and special master, and to handle selected litigation matters. He was a partner for 29 years at a 1,000 lawyer global firm, where he founded and led the international litigation and arbitration practice; and for 6 years, he served as the U.S. head of the international arbitration practice of a 4,200 lawyer global firm. His experience as first chair advocate in five disputes where the amount at issue exceeded $1 billion and in multiple others where the amount was in the hundreds of millions of dollars, his comfort with complex commercial and technology disputes, his familiarity with many industries and fields of practice, and his ease in corporate board rooms and with clients and law firms across continents, give him a "big picture," multi-cultural advantage in alternative dispute resolution.

In September 2018, Mr. Chao was named by California's legal publication, The Daily Journal, as one of California's "Top 100 Lawyers." He received The Daily Journal's prestigious "2019 California Lawyer Attorney of the Year" award for thought leadership and longstanding efforts to bring international arbitration to California. He is included in Global Arbitration Review's "International Who's Who in Commercial Arbitration," Euromoney's Guide to the World's Leading Litigation Lawyers, and Euromoney's Guide to the World's Leading Experts in Commercial Arbitration. He is the co-author of the chapter on mediation in Thomson Reuters' leading treatise Business and Commercial Litigation in Federal Courts (4th ed. 2016).

Mr. Chao is a U.S. member of the ICC Arbitration Commission and previously served on the USCIB/ICC Arbitrator Nomination Committee for U.S.-based arbitrations. He served as one of 31 advisors to the American Law Institute project to draft the Restatement of the U.S. Law of International Commercial and Investor-State Arbitration. He serves on the American Arbitration Association/ICDR Council, and was recently appointed the co-head of its international advisory committee. He is a former chair of the U.S. Magistrate Judge Screening Committee for the U.S. District Court, Northern District of California, and is a former Ninth Circuit member on the American Bar Association Standing Committee on the Federal Judiciary which evaluates all presidential nominees to the federal judiciary. He is the former chair of the Litigation Section of the State Bar of California. He was the first person of Asian descent to break into the partnership of a major San Francisco law firm.