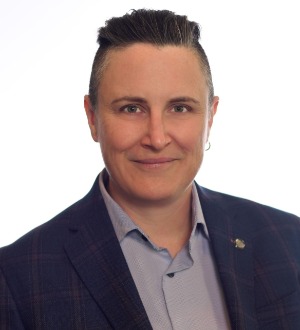 Catherine serves as a Vice Chair of the American Bar Association (ABA) Consumer Financial Services Committee and is a frequent presenter for the ABA Business Law Section, Alternative Finance Bar Association, deBanked and Lend360. She writes articles and comments regularly for national publications in the areas of fintech, small business lending, bank partnerships and other consumer finance compliance topics. Catherine is ranked in the Chambers FinTech 2020 USA Guide for Corporate, Securities and Financing.

Catherine was the Assistant City Solicitor/Assistant State's Attorney for the Department of Housing and Community Development, Code Enforcement Legal Section from April 2001 to January 2004.Catherine also represented the Mayor and City Council of Baltimore City in the civil prosecution and the State of Maryland in the criminal prosecution of owners of properties in violation of the Baltimore City Building, Housing and Zoning Codes, obtained search warrants to investigate possible violations of municipal law, provided technical assistance with press and public relations to the Director of the Code Enforcement Legal Section, and worked with communities and lenders on foreclosed properties to address complaints. Catherine was the Education Director, Advocates for Children and Youth from November 1999 - April 2001. She was Staff Director for The New Maryland Education Coalition from November 1999 - April 2001, the Staff Attorney for The Women's Law Center of Maryland, Inc. from January 1999 - November 1999 and was the Pro Bono Project Coordinator for the Bar Association of Baltimore City from August 1997 - January 1999. Catherine was also a Legal Writer for The (Baltimore) Daily Record from October 1995 - August 1997.