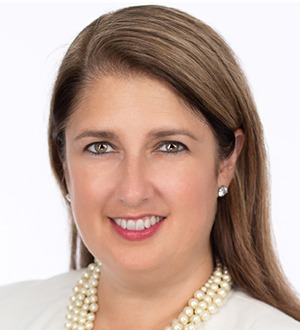 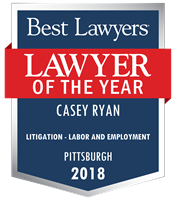 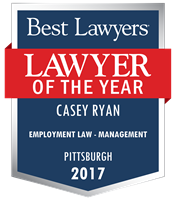 Casey is the Global Head of Legal Personnel and a member of the firm's Senior Management Team.

A member of the firm's Labor & Employment Group, Casey is listed in The Best Lawyers in America, Chambers USA and Pennsylvania Super Lawyers, Casey represents employers in a wide variety of employment-related disputes, including harassment, retaliation, discrimination, wrongful discharge, equal pay and breach of contract litigation. She has successfully litigated in federal and state courts throughout the United States, and routinely appears before both federal and state agencies, including the Equal Employment Opportunity Commission and various state human relations commissions. She also has successfully defended employers in employment class actions and in litigation brought by the EEOC.

Casey has an extensive arbitration practice, routinely represents employers in FINRA, AAA and JAMS proceedings, and has prevailed in numerous arbitrations involving matters such as breach of employment contracts, wage claims, and bonus and incentive pay disputes.

A substantial portion of Casey's practice involves traditional labor law and counseling employers on contract interpretation and discipline issues. She has represented employers in grievance arbitrations and in National Labor Relations Board proceedings, and has advised employers during union organizing campaigns.

Casey routinely represents colleges and universities on employment issues, as well as those involving tenure, Clery Act compliance and student affairs. She is a member of the National Association of College and University Attorneys and has presented at NACUA’s regional and national conferences.

167 The Best Lawyers in America® awards

39 Best Lawyers: Ones to Watch in America awards