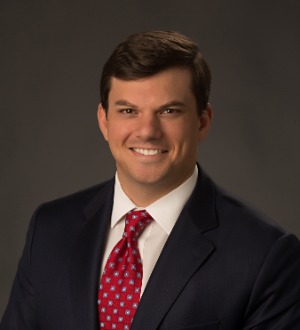 CARTER W. SCOTT is licensed to practice in both Florida and Georgia and has been admitted pro hac vice to handle cases in various states throughout the country. He maintains a practice focused on wrongful death and serious injury cases resulting from brain injury, spinal cord injury, burns and catastrophic orthopedic injuries. He has represented clients in all types of complex litigation, with a focus on large personal injury lawsuits, including trucking collisions, products liability, medical negligence, cases involving policyholder insurance coverage matters, and related complex commercial disputes.

Having litigated and tried numerous cases to verdict in both federal and state courts, Mr. Scott has obtained substantial multi-million dollar recoveries for his clients. At the age of 28, he became one of the youngest attorneys in the United States admitted to both the Million Dollar Advocates Forum and the Multi-Million Dollar Advocates Forum. Mr. Scott has been included in Best Lawyers®, a peer reviewed publication recognizing the top 5% of lawyers in the United States in private practice and has been named one of the Top 40 under 40 trial lawyers by The National Trial Lawyers, a professional organization comprised of America’s top trial attorneys. His recognition in the legal community has also earned him distinctions by Florida Super Lawyers as a Rising Star and as Florida Trend magazine’s Legal Elite Up & Comer.

Before joining Searcy Denney, Mr. Scott worked as a Certified Legal Intern in the Office of the State Attorney in the 2nd Judicial Circuit, where he tried numerous misdemeanor and felony cases to verdict. Born and raised in Columbia, South Carolina, he also served as a summer law clerk for a senior judge on the South Carolina Court of Appeals.

Mr. Scott earned his J.D. from the Florida State University College of Law, where he was selected as a member of the College of Law’s trial team and accepted a scholarship to study at St. Edmund Hall in Oxford, England. During his second year of law school, he was one of 12 graduate students appointed by the Governor to serve a year-long term as a Gubernatorial Fellow in the Executive Office of the Governor. For his commitment to pro bono work in law school, the College of Law recognized Mr. Scott with the Distinguished Pro Bono Services Award.

Mr. Scott earned a Bachelor of Arts degree in government from Dartmouth College. While at Dartmouth, he played middle linebacker on their NCAA Division I-AA Ivy League football team, served as a member of the college’s Honor Council (Committee on Standards), and served as an editor of the Dartmouth Law Journal.