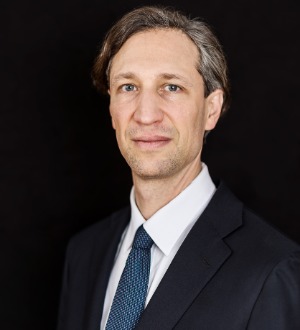 In labour law, Carl-Christian von Morgen advises and represents companies, executive boards, managing directors, works councils, employees and athletes in all areas of labour law, in particular in the conclusion and execution of their employment or service contracts, in salary, damages and dismissal protection proceedings and in disputes concerning termination before the labour courts and regional courts. He advises employers and workers councils on restructurings, closures of parts of plants, negotiations of works agreements, drafting model employment contracts and disputes under works constitution law. Carl-Christian von Morgen advises well-known and internationally active companies in labour law matters.

In corporate law, Carl-Christian von Morgen advises on complex transactions in the form of mergers, asset and share deals through the transfer of real estate, business operations or shares, the amendment of articles of association and the restructuring of companies. In commercial law, he advises nationally and internationally operating companies on the drafting of purchase and supply contracts as well as the out-of-court and judicial enforcement of claims for damages. One example is the successful advice and representation of BGW Bundesverband der Gas- und Wasserwirtschaft e.V. in its merger with VDEW Verband der Deutschen Energieversorger - e.V., Verband der Netzbetreiber - VDN - e.V. at VDEW and Verband der Verbundunternehmen und Regionalen Energieversorger in Deutschland - VRE - e.V. to BDEW Bundesverband der Deutschen Energie- und Wasserwirtschaft e.V. (Association of Companies and Regional Energy Suppliers in Germany).

Mr. von Morgen has been a partner of Modehaus Fischer GmbH & Co. KG, since 2000 and authorised signatory since 2005. Stuttgart and a medium-sized real estate company.Since 2007 he has also been Deputy Chairman of the Supervisory Board and from 2011 to August 2016 Chairman of the Supervisory Board of KoCo Connector AG, a start-up company in the healthcare industry developing security concepts for the electronic health card.Since 2017, Carl-Christian von Morgen has been a member of the Berlin Football Association's judging panel.

1 The Best Lawyers in Germany™ awards