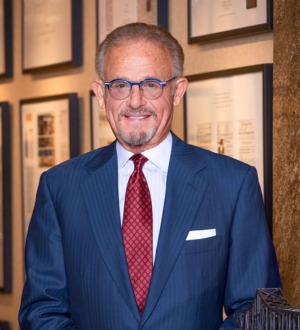 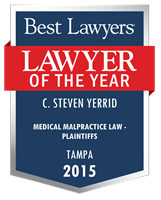 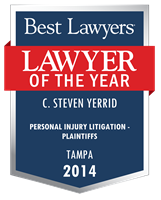 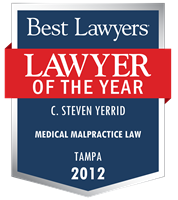 C. Steven Yerrid has been recognized as one of the Top Ten Litigators in Florida by the National Law Journal. In 2006, he was selected as Top Lawyer in the Nation by Lawyers USA. He has been honored as the Outstanding Lawyer of the Year in the Thirteenth Circuit and recognized as Trial Lawyer of the Year by the American Board of Trial Advocates, Tampa Chapter. He has been a Board Certified Civil Trial Lawyer by the Florida Bar and certified as a Civil Trial Advocate by the National Board of Trial Advocacy for more than twenty years. He is a member of the Inner Circle of Advocates, an "invitation only" organization, consisting of the best 100 plaintiff’s trial lawyers in the country. He was among eleven (11) trial lawyers selected by the Governor to represent the State of Florida in its historical lawsuit against the cigarette industry on behalf of Florida taxpayers and children. The case resulted in the largest civil monetary settlement of its kind in the nation’s history and extracted unprecedented concessions that prevented child pandering, greatly curtailed cigarette advertising and marketing tactics, and created tobacco prevention programs built around youth. He was honored to be appointed as Special Counsel and represent the Office of the Chief Judge for Florida’s Thirteenth Judicial Circuit, as well as Florida’s Conference of Circuit Judges in litigation that concluded after his successful argument before the Supreme Court of Florida. He is a frequent lecturer in Florida and across the country and he has taught as an adjunct professor at Stetson Law School, as well as a visiting professor at Georgetown University Law Center. At the time of his rating in the Martindale-Hubbell Law Directory, Mr. Yerrid was reported to be the youngest attorney to ever receive an "AV" rating.

Over the last three decades, Mr. Yerrid has been selected and continuously included in the publications Best Lawyers in America, Who's Who in American Law, Who's Who in the World, LawDragon, Superlawyers, and Law & Leading Attorneys. Two of his final arguments have been included in the audio cassette production entitled The AFTL Masters Series consisting of the twenty-four (24) best million dollar final arguments of Florida's trial lawyers.

Mr. Yerrid is a graduate of Georgetown University Law Center. He is admitted to the Bars of the United States Supreme Court, United States Court of Appeals of the Fifth and Eleventh Circuits, the United States District Courts of the Southern and Middle Districts of Florida and the State Bars of Florida, Virginia and the District of Columbia. He is honored to be a member of the following organizations: As a young trial lawyer, Yerrid gained international attention in 1980, when he successfully represented and, obtained the exoneration of John Lerro, pilot of the M/V Summit Venture, a 608’ freighter that crashed into and collapsed the Sunshine Skyway Bridge, tragically killing 35 people, using an “Act of God” defense. During his career he has earned over 80 verdicts and settlements of $1 million or more for individuals or families of individuals injured or killed by the negligence of others. Recently, he obtained the largest medical malpractice verdict in Florida’s history and the nation’s largest jury verdict in 2006.

In addition to his exceptional legal career, Mr. Yerrid is an active participant and significant contributor to a number of charitable organizations, both local and national. Mr. Yerrid serves as President and Chairman of the Board of The Yerrid Foundation, a non-profit organization which focuses primarily on children oriented causes. In 1990, he served as Special Counsel to the President, United Way of America, Washington, D.C. Additionally, Mr. Yerrid has served as a Patron and is past Chairman of the Gentlemen's Committee of The Children's Home, one of Tampa's leading charitable organizations dedicated to abused and neglected children. He is proud to be the second recipient of the Ted Williams Award for Champions of Charity, an honor personally bestowed by Mr. Williams on behalf of the Pediatric Cancer Foundation, recognizing his exceptional commitment to suffering children. He serves as a lifetime board member of the Children’s Cancer Center and is a past recipient of the Golden Kite Award, the organization’s highest honor given for outstanding support of children stricken with cancer and their families. He is an avid supporter of pediatric cancer research and sits as a lifetime member on the Board of the Pediatric Cancer Foundation. Throughout the years, Mr. Yerrid has received a number of other honors and recognitions reflecting his philanthropy and charitable activism in the community. He has been a member of The Cousteau Society since 1987, an international organization dedicated to protecting our marine resources for future generations. In international matters, he was appointed to serve as Chairman of the non-profit task force organized to promote Americas' Boxing Qualifier, a qualifying event in which 160 athletes from over 20 countries competed for a place in the 2000 Olympic Games. Mr. Yerrid and The Yerrid Foundation engage in a wide variety of activities dedicated to making a difference. Mr. Yerrid values most highly the opportunity to represent those seeking justice. 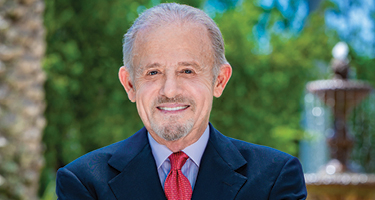 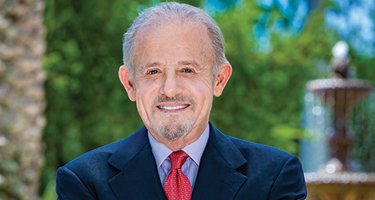 Giving Back to Others 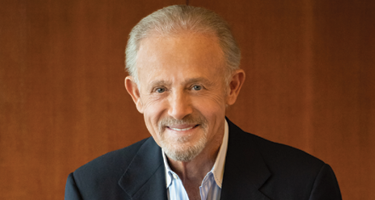 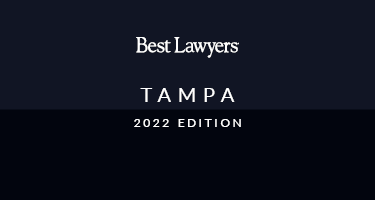 The 2021 Best Lawyers in Tampa

Featuring the top legal talent in the Tampa area. 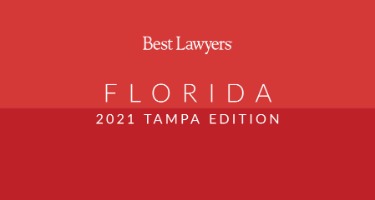 Steve Yerrid, a Career as One of America’s Top Trial Lawyers

His stellar legal accomplishments and courtroom records speak for themselves.