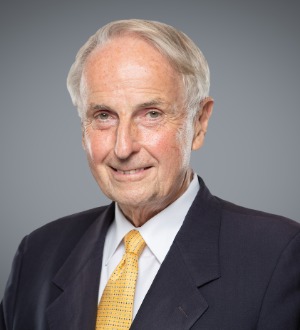 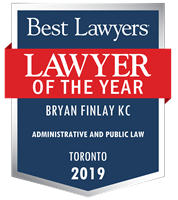 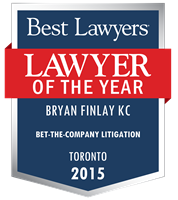 Bryan Finlay QC is recognized as one of the top litigation lawyers in Canada.

Bryan was also awarded the prestigious 2012 Ontario Bar Association Award for Excellence in Civil Litigation at a gala dinner on September 27, 2012 at which the Honourable Mr. Justice Cromwell, of the Supreme Court of Canada, was the keynote speaker.

In December 2015, Bryan accepted an invitation from the Supreme Court Advocacy Institute to join the Advisor Roster for Toronto. The Institute offers to all counsel appearing before the Court the opportunity to appear before a panel of two or three senior appellate counsel to moot their argument in advance of the hearing. The Institute has a roster of senior appellate counsel with significant Supreme Court of Canada experience ("advocacy advisors") in every major Canadian city.

43 The Best Lawyers in Canada™ awards

8 Best Lawyers: Ones to Watch in Canada awards