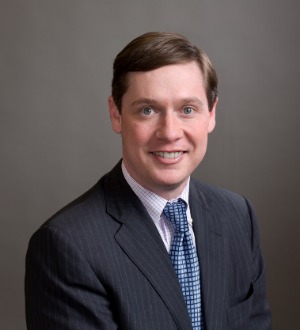 Brian Yoakum's practice includes a wide range of complex commercial litigation in the areas of general and business law, premises liability defense, mass tort defense, contract and transactional disputes and business divorces among owners of all types of business entities. Mr. Yoakum regularly represents property owners and businesses such as restaurants, retail stores, and apartment communities in defense of lawsuits brought pursuant to the Americans with Disabilities Act, Fair Housing Act, and the Neighborhood Preservation Act. Mr. Yoakum also handles commercial tort actions such as procurement of breach of contract, tortious interference with business relations, interference with contracts and breach of restrictive covenants.

Mr. Yoakum is a shareholder at Evans Petree, having served on the firm’s Board of Directors as well as its Political Action Committee and marketing committee. He is a member of the American, Tennessee, and Memphis Bar Associations. He is a 2017 graduate of the Tennessee Bar Association Leadership Law program (TBALL) and has been selected by Super Lawyers magazine as a Rising Star in the field of business litigation every year since 2014. He was recently selected by his peers for inclusion in The Best Lawyers in America 2019 in the field of Commercial Litigation for the second year. He has also been elected a Barrister in the Leo Bearman, Sr. Chapter of the American Inn of Court.

Mr. Yoakum has experience aggressively advocating the interests of his clients before state and federal trial courts, administrative bodies, the Tennessee Court of Appeals, and the U.S. Court of Appeals for the Fifth Circuit and the Sixth Circuit. In addition, Mr. Yoakum regularly resolves disputes to his clients' benefit through alternative dispute resolution vehicles, including negotiations, mediations, and arbitrations.

Mr. Yoakum is very active in the community as well. He currently serves on the Board of Directors of the American Heart Association- Mid-South Chapter as well as a member of the Tennessee Advocacy Committee for the American Heart Association. He is also a Director of the Touchdown Club of Memphis and the Red Acres Neighborhood Association. Mr. Yoakum serves as Special Judge in the General Sessions Court of Shelby County, Tennessee. He was also honored to serve on the Transition Team for Memphis Mayor Jim Strickland, working with the Administrative Budget Committee. He is also a former board member and ombudsman of Mid-South Spay & Neuter Services.