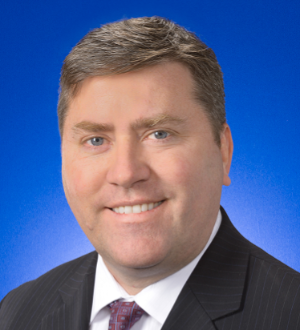 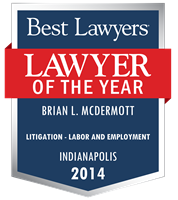 Mr. McDermott has dedicated his legal career of 25+ years to representing public and private employers in individual and class/collective employment actions, including cases involving the FMLA, the ADA, Title VII, the ADEA, ERISA, the FLSA, the NLRA, covenant not to compete/trade secret maters, state wage laws, and wrongful discharge. He has represented employers in federal and state courts, labor arbitrations, and administrative agencies (including the EEOC and NLRB) throughout the country. Mr. McDermott also has represented employers before the United States Court of Appeals for the Sixth and Seventh Circuits on multiple occasions.Mr. McDermott devotes a substantial portion of his practice to litigation avoidance and counseling. To this end, he works with employers to provide valuable employment training, including sexual harassment, hiring/interviewing, employee terminations, union avoidance, diversity, and FMLA training. he also assists employers in developing employee handbooks, personnel policies, employment contracts, noncompete agreements, severance agreements, and other employment-related documents.For 2014, Best Lawyers selected Mr. McDermott as Indianapolis Labor and Employment Litigation "Lawyer of the Year."Mr. McDermott has served as the Chairperson of the Indiana State Bar Association's Labor and Employment Section.The Indiana Chamber of Commerce chose Mr. McDermott to author several of its popular publications, including The FMLA Guide: Everything Indiana Employers Need to Know About the FMLA; Managing Employee Leaves of Absence: A Guide for Indiana Employers; The Interviewing Guide: Helping Indiana Employers Utilize Lawful and Effective Interviewing Techniques; The Indiana Employer's Guide to the ADA and FMLA; and Religion in the Workplace: A Guide for the Indiana Employer. Mr. McDermott also serves on the Indiana Chamber's Human Resources and Employment Law Policy committees.In identifying Mr. McDermott as a "Leader in [the] Field." Chambers USA reported in 2005 that Mr. McDermott is a "talented" attorney whose "employment litigation practice is burgeoning." In 2006, Chambers USA stated that "clients say [Mr. McDermott] does a 'quality job.'" In 2007, Chambers USA identified Mr. McDermott as a "full-service employment lawyer" whome clients find "efficient and knowledgeable" and "a great guy who is easy to work with." In its 2009 publication, Chambers USA identified Mr. McDermott as an "FMLA Expert." The 2010 Chambers USA report stated that Mr. McDermott "receives praise for his FMLA and ERISA work...and is really developing his practice." In 2012, Chambers USA stated that Mr. McDermott is "praised for his ability to guide his clients successfully through all stages of an employment lawsuit."In 2011, Mr. McDermott was honored with the Indiana Chamber's Samuel C. Schlosser Indiana Chamber Volunteer of the Year award. He has been recognized annually by Chambers USA: America's Leading Lawyers for Business; Best Lawyers in America; and Indiana Super Lawyers.Mr. McDermott proudly serves on the Board of Directors of the Japan American Society of Indiana and The Gathering Together.

283 The Best Lawyers in America® awards

104 Best Lawyers: Ones to Watch in America awards