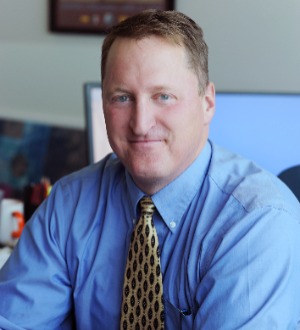 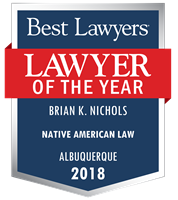 Brian Nichols’ practice is primarily in federal Indian law and litigation, including tribal courts, with focuses on energy, natural resources, transportation and employment.

As a member of the Navajo Nation Bar, Brian regularly advises clients regarding Navajo law and represents clients in Navajo courts and agencies.

Best Lawyers in America® selected Brian as 2018 Native American Law “Lawyer of the Year” in Albuquerque. Brian has achieved nationwide recognition in Native American Law from Chambers USA. As reported by Chambers, “Brian Nichols handles all aspects of federal Native American law and litigation, including energy work, natural resources, transportation and employment issues. He regularly appears in state, federal and tribal courts. Interviewees find him to be ‘impressive,’ explaining that he is ‘a lawyer’s lawyer. He is almost academic in his knowledge.'” Additionally, Brian has received an AV® peer review rating in Martindale-Hubbell, the highest rating possible, and listed by Southwest Super Lawyers®. He is recognized as a Star by Benchmark Litigation, Labor & Employment.

Before joining Modrall Sperling, Brian clerked for the Honorable Pamela B. Minzner of the New Mexico Supreme Court and the Honorable Fredrick J. Martone of the U. S. District Court for the District of Arizona. He serves as Co-Chair of the Native American Law practice group and is a former member of the firm’s Executive Committee.