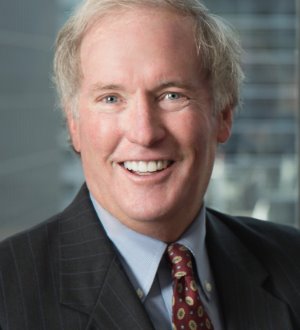 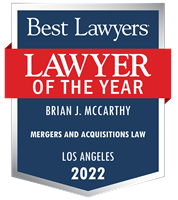 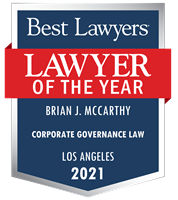 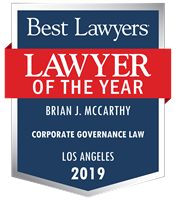 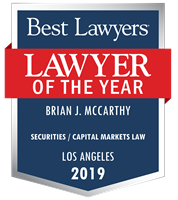 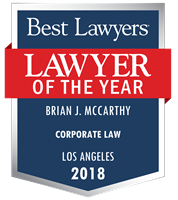 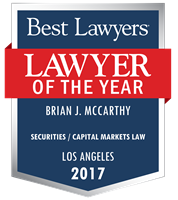 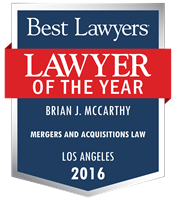 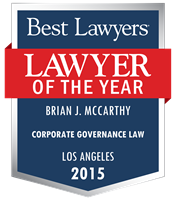 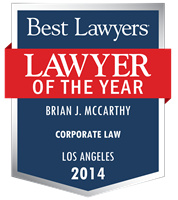 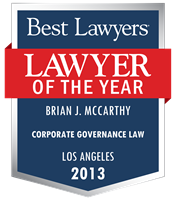 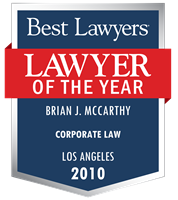 Brian J. McCarthy is the head of Skadden’s Los Angeles office. His practice concentrates on corporate and securities matters, with particular emphasis on mergers, acquisitions, corporate governance issues and restructurings.

In addition to his mergers and acquisitions practice, Mr. McCarthy provides general corporate counseling to a number of corporations, both public and private. He also represents issuers, borrowers, underwriters and institutional lenders in corporate finance transactions and restructurings.

From September 2000 to April 2002, Mr. McCarthy was chief operating officer and general counsel at Pacific Capital Group, Inc. During this time, he had significant involvement in private equity investing.

Mr. McCarthy repeatedly has been included in Chambers Global: The World’s Leading Lawyers for Business, Chambers USA: America’s Leading Lawyers for Business, Who’s Who Legal for California and Corporate Governance, and The Best Lawyers in America.Best Lawyers also named him “Los Angeles Corporate Governance Lawyer of the Year” for 2013 and “Los Angeles Corporate Lawyer of the Year” for 2014. The Daily Journal has named him to its list of the “100 Most Influential Lawyers in California” and the Los Angeles Business Journal has included him on their list of “Who’s Who in L.A. Law” and among the top 40 “Most Influential M&A Advisors” in Los Angeles. Mr. McCarthy also has been recognized as one of the “BTI Client Service All-Stars” by The BTI Consulting Group; named one of the “Top 100 Entertainment Attorneys” in 2013 by The Hollywood Reporter; and named a winner of the California Lawyer Attorneys of the Year (CLAY) Award by California Lawyer magazine, which recognizes attorneys whose work has had a significant impact on the law. He is a frequent panel speaker on corporate and securities law topics. In addition, he has published articles on mergers and acquisitions in the Daily Journal and HealthSpan, among other publications.