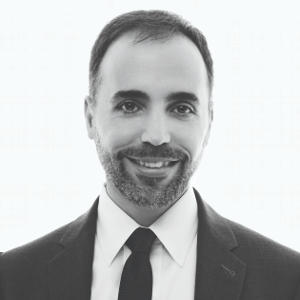 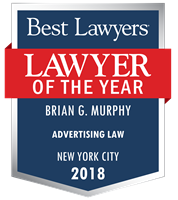 His practice focuses on copyright, trademark, right of publicity/right of privacy, false advertising, unfair competition, and defamation. Mr. Murphy negotiates and structures celebrity talent agreements, agency-client contracts, sponsorship arrangements, product integration deals, and music, film, and other content licenses. He assists clients in the development and execution of complex contests, sweepstakes, and charitable promotions and programs, including those involving user-generated content that are developed for social media, interactive, and mobile platforms. In addition, Mr. Murphy regularly advises clients on the development and production of branded entertainment projects, such as television shows, films, live events, electronic games, webisodes, mobisodes, and websites.

Mr. Murphy is a frequent and popular speaker on advertising, entertainment, and intellectual property issues. In the recent past, he has given presentations at the 2009 American Bar Association Annual Meeting ("Listen to the Sound of Music: Anatomy of a Copyright Infringement Lawsuit"), the New York City Bar Association’s Current Developments in Copyright Law Program ("The Wonderful World of User Generated Content"), the Significant Developments in Intellectual Property Law of Computers and Cyberspace at the University of Dayton School of Law ("Fair Use 2009: Should the Internet, Digital Media and User Generated Content Change Our Analysis?"), the Copyright Society ("Copyright, Lanham Act, Right of Publicity, and Contract Claims Arising from the Use of Music in Commercials"), the New York State Bar Association ("Keeping it Real: The Use of People, Places, and Things in Works of Entertainment"), the American Conference Institute’s (ACI) "Branded Integration Deals" conference ("Working with Talent and Talent Unions"), ACI’s 21st Corporate Counsel Forum on Advertising Law ("Leveraging Rights and Maximizing Bargaining Power When Negotiating the Agency/Client Agreement"), and New York Law School ("The Slinky Dress: Secondary Liability and the Future of Digital Innovation").

Mr. Murphy previously taught courses on entertainment, copyright and intellectual property at Fordham University Law School and New York Law School and has lectured at the Parsons School of Design. He is a member of the Copyright Society of the U.S.A.; the Entertainment, Arts & Sports Law Section of the New York State Bar Association; the Promotion Marketing Association; and the American Bar Association Intellectual Property Section’s Special Committee on Promotions and Marketing Law.

Mr. Murphy clerked for the Hon. Leonard B. Sand, United States District Judge in the Southern District of New York. He is admitted to practice in New York.