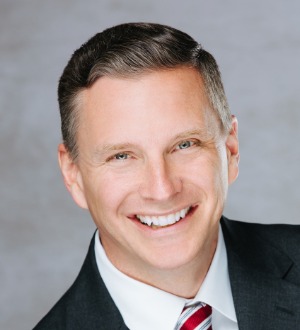 Brian G. Miller Co., L.P.A.
"Brian G. Miller is an excellent lawyer; as well as a kind, caring, thoughtful and a trustworthy person who goes beyond measure for his client. I was extremely pleased and satisfied with Brian and his professional services. I would highly recommend Brian G. Miller to anyone seeking an attorney."

Brian G. Miller has established himself as an experienced and accomplished trial lawyer who is a leader in the field of personal injury law.   Mr. Miller has been recognized with many of his profession's top honors and accolades. Since 2013 he has been recognized annually within The Best Lawyers in America for his work in the field of personal injury litigation. Similarly, Mr. Miller has been named annually to Ohio's Super Lawyer list since 2010. This distinction recognizes the top 5% of attorneys statewide, though Mr. Miller has previously been recognized by his peers as among the even more exclusive 'Top 100' lawyers across all disciplines for the State of Ohio and 'Top 50' Columbus Super Lawyers.  He was selected by his peers as the 2019 “Lawyer of the Year” in Personal Injury Litigation in Columbus, Ohio.  This prestigious designation compliments Mr. Miller’s continued recognition within the groups referenced above, as well as America’s Top 100 High Stakes Litigators.  Mr. Miller also enjoys a pre-eminent AVA rating within his profession based upon the confidential reviews of the members of the Bar and Judiciary. This distinction reflects the highest possible rating in both legal ability and ethical standards.

Mr. Miller’s success, both in and out of the courtroom, is reflected by a significant verdict which he obtained in 2017 against FirstEnergy Corp.  This verdict was honored as a Top 100 verdict in the United States by the National Law Journal.  In addition, Columbus Business First recognized this verdict as being the largest verdict it has recorded since 2007.

Mr. Miller is a former Assistant Franklin County Prosecuting Attorney.  During his career stage as a felony prosecutor, he secured respect for his abilities as a trial lawyer from the judges in the Franklin County Court of Common Pleas that continues today in his private civil trial practice.  He further honed those trial skills as a graduate of the National Institute of Trial Advocacy.  Mr. Miller's courtroom abilities have been recognized by the Central Ohio Association for Justice, which in 2012 presented Mr. Miller with its 'Louisville Slugger's' Award, given annually to an attorney for an outstanding civil trial verdict. He is a lifetime member of the national Million Dollar and Multi-Million Dollar Advocates Forums.

Above all else, he prides himself on his hands-on, personal approach and direct, consistent interaction with clients.

Prior to founding his own firm, he practiced civil litigation and personal injury law for over six years with the highly regarded and well-established firm, Frank A. Ray Co, L.P.A. There, he developed his personal injury practice that remains the hallmark of his current law firm; however, he also represented a variety of other clients including professional sports entities, the Columbus Clippers Baseball team and the AAA baseball International League.  Today, in addition to serving his personal injury clientele, Mr. Miller serves as outside counsel to the NHL's Columbus Blue Jackets.

Mr. Miller continues to devote his practice to those people who have suffered serious injuries due to the wrongful or negligent conduct of others. He is involved with the local bar association and is affiliated with several other state and national organizations within his profession. Mr. Miller currently serves the plaintiffs’ bar as a member of both the Board of Directors and The Executive Committee of The Ohio Association for Justice.

"Brian G. Miller is an excellent lawyer; as well as a kind, caring, thoughtful and a trustworthy person who goes beyond measure for his client. I was extremely pleased and satisfied with Brian and his professional services. I would highly recommend Brian G. Miller to anyone seeking an attorney."