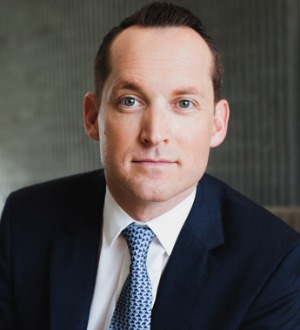 Bret Royle is a defense attorney who takes pride in offering personalized and superior service in his representation of individuals faced with various criminal charges. As a result, the majority of Bret’s clients come from the referrals of former clients. This dedication to clients and his success in litigating criminal cases led to Bret’s reputation as one of the most successful young attorneys in the Phoenix area.Among other distinguished accolades for his work in criminal defense, Bret has been recognized as an Arizona Super Lawyers Rising Star, one of the National Trial Lawyers: Top 100, one of Arizona’s Outstanding Lawyers, and one of the 2020 National Academy of Jurisprudence Premier 100 Trial Attorneys. Bret has also been featured on CNN, Fox News, HLN, as well as the CBS and ABC National News.

Prior to his career in law, Bret worked for the Salt Lake City Mayor’s Office and the International Chamber of Commerce. He earned his bachelor’s degree from the University of Utah and his law degree from the University of Miami School of Law, which is where he developed a passion for trial litigation and was recognized with an award for Excellence in Litigation and Oral Advocacy. His desire to litigate led him to the practice of criminal law. After graduating from law school, Bret joined an Arizona criminal defense firm and subsequently opened his own practice in 2011.

In 2015, Bret joined fellow Phoenix criminal defense attorney Adam Feldman in founding the Feldman & Royle law firm where he continues applying his extensive knowledge of the law and criminal justice system to serve and achieve the best results for individual clients. Founded on a premise of hard work and attention to detail, Bret has represented those accused of crimes ranging from criminal traffic to first degree murder.