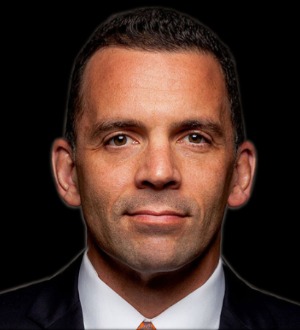 Brendan prides himself on finding the best solutions for his clients’ legal dilemmas, often bringing about life-improving settlements. There are, however, times when wrongdoers simply refuse to accept responsibility for their actions and force the injured and innocent to prove their case to a jury.

Brendan points out, “While many attorneys fear having their client’s fate determined by apparent strangers, I believe in our jury system and have the utmost faith that our community’s conscience will enforce important safety rules and ensure that justice is always done.”

Brendan’s faith combined with his dynamic ability to tell a simple story that people care about make him a powerful trial advocate for his clients. These attributes recently culminated in bringing about a spectacular verdict in Federal Court of more than $6 million for a small local business. This amazing outcome, comprised of an unheard of $5 million in punitive damages, was chronicled in a Pittsburgh Post-Gazette article titled, “O’Hara firm wins $6 million verdict over testing of space heaters.”

VerdictSearch has included numerous lawsuit resolutions of Brendan’s in its annual Top Pennsylvania Verdicts and Settlements report. Additionally, Brendan is regularly called on by the media to provide insight and commentary on lawsuits of national import as well as high-profile litigation undertaken by Meyers Evans Lupetin & Unatin.

The son of a doctor and trauma counselor Brendan learned early on the importance of compassion, empathy and to always stand up for what is right, no matter the consequence. It is these attributes, ingrained in his legal practice, that have led Brendan to be repeatedly named a “Rising Star” by the Pennsylvania Super Lawyers whose honorees are selected by their peers as being among the top up-and-coming lawyers in the state.

Brendan is one of only eleven lawyers in Western Pennsylvania invited to be an active member of the American Board of Trial Advocates (ABOTA), a prestigious national association of experienced trial lawyers and judges. This follows his 2011 induction into the Academy of Trial Lawyers of Allegheny County- an invitation-only organization limited to 250 of the most exceptional civil trial lawyers in Allegheny County – of which Brendan was one of the youngest members ever admitted. Brendan has been repeatedly named to Super Lawyers Rising Stars and for the past several years has been named a Pennsylvania Super Lawyer.

As passionate as he is about the client’s he works for, Brendan’s greatest joy comes from spending as much time as possible with his high school sweetheart and wife, Lacey and their three sons, Nathan, John and Owen.