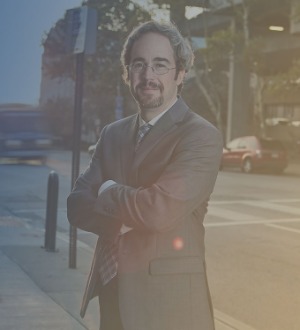 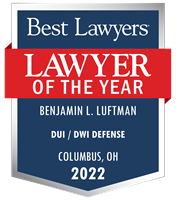 An experienced and accomplished legal advocate, Benjamin L. Luftman is a founding partner at Luftman, Heck & Associates and has practiced law for thirteen years. His sole practice areas are in criminal law and traffic violations, having represented clients in cases ranging from serious felony charges, such as sexual battery and assault charges, to minor drug possession charges and other misdemeanors, with a particular concentration in the area of Ohio OVI law.

In every case he takes on, Benjamin never hesitates to devote himself fully to his clients, and his dedication and attention to detail have helped to grow Luftman, Heck & Associates from a fledgling firm into the accomplished one it is today. As an example, all of Benjamin’s clients have his cell phone number and can reach him directly with a question or concern.

Growing up in nearby Bexley, Ohio, Mr. Luftman took an early interest in sports, running track and playing soccer at Bexley High School, where he graduated in 1996. Enrolling at The Ohio State University, he majored in History with a concentration on Renaissance Italy and graduated in 2000. Finally finishing his education with a Juris Doctorate in Law at Capital University in 2003, he began practicing law and founded Luftman, Heck & Associates the same year.

When not in court, Benjamin regularly speaks about OVI / DUI law at Certified Driver Intervention programs throughout central Ohio. There he’ll talk about topics like which breathalyzer machines are most accurate, what to expect with standardized field sobriety tests and the proper procedure to follow if you find yourself pulled over for driving over the limit.

Benjamin has also been certified by the National Highway Traffic Safety Administration for completing the same training required by police officers to conduct the roadside standardized field sobriety tests.

Mr. Luftman co-authored a chapter titled, “Proven Strategies to Effectively Assert Your Client’s Fourth Amendment Rights” in The Legality of Search and Seizure in DUI Cases, 2011 ed. ,a nationally published DUI book to assist defense attorneys across the country in their DUI cases. Mr. Luftman’s author link can be viewed here.

In 2015, Mr. Luftman authored a chapter titled, “Using The SFST Results to Develop Successful Defenses in a DUI Case” in Trends in DUI Discovery, 2015 ed., a nationally published DUI book to assist defense attorneys across the country in their DUI cases. Mr. Luftman’s author link can be viewed here

On the radio, he’s appeared on “Auto Smarts 4 U” as a featured speaker on the topic of OVI / DUI law.

Charitable giving is very important to Benjamin; he regularly volunteers with Habitat for Humanity, Big Brothers Big Sisters or the Special Olympics. At other times, you can find him playing basketball, tennis, racquetball or soccer, or watching OSU football or basketball.