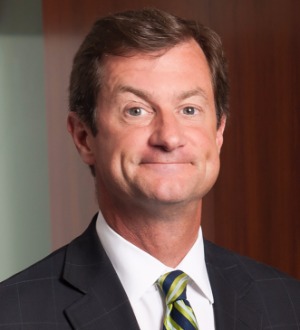 Navigate to map location for Benjamin G. "Ben" Chew Visit the website for Benjamin G. "Ben" Chew at http://www.brownrudnick.com/people/benjamin-g-chew/
Your comment has been submitted!
We have encountered an error and are unable to process your comment at this time. Please refresh the page and try again later.
Add Comment
In making your comments, please do not refer to a pending legal matter.
Share My Profile
Post on Social

Ben is active in myriad federal and state courts, including the U.S. District Court, Eastern District, Virginia and the U.S. District Court, District of Colorado. In the Virginia and Colorado venues, Ben represents one of the five largest U.S. defense contractors, prosecuting claims of breach of contract, Lanham Act violations, conspiracy and tortious interference, and patent infringement.

Ben served as co-counsel for class representative Ontario Teachers’ Pension Plan Board in securities class action litigation before the Eastern District of Virginia. That case resulted in the second-highest settlement of its kind in the history of the district.

Fluent in Spanish, Ben counseled a large multinational corporation against the Sandinista Government of Nicaragua in the U.S. Court of Appeals, Ninth Circuit. He also successfully represented the governments of Ecuador, Honduras and Dubai in U.S.-based litigation.

Adding to a number of defensive victories, Ben recently secured the dismissal—upheld in the U.S. Court of Appeals, Fourth Circuit—of a multimillion-dollar conspiracy and tortious interference complaint against a major software company.