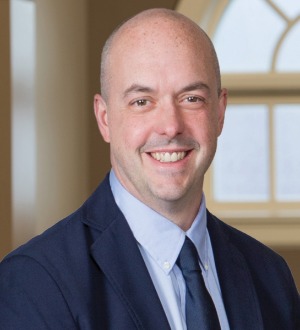 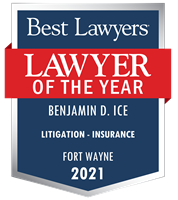 Ben is a litigator with a focus on intense litigation and trial work. He has spent his career advocating for people and businesses involved in lawsuits. He represents both plaintiffs and defendants, although certain client relationships preclude his representation against some professionals.

Ben's focus on trial work began when he was a member of the Indiana University intercollegiate trial team for each of his three years of law school. Since then, he has sought out trial-intensive work and has participated in the presentation of over fifteen trials to a jury, with most of those trials involving the defense of doctors and hospitals in professional negligence cases.

With experience in most areas of litigation, Ben focused two years working exclusively on behalf of an international manufacturer of medical devices in product liability litigation across the country and more than five years representing medical and legal professionals.

He is a BV® Distinguished™ rated attorney based on Martindale-Hubbell's peer review ratings. He has been named by Indiana Super Lawyers a "Rising Star" five separate times and has been listed since 2017 in the publication in the area of Medical Malpractice Defense. He has been selected for inclusion in The Best Lawyers® in America publication since 2016.

He received his B.A., Criminal Justice & Criminology, from Ball State University in 1998, and his J.D. from Indiana University School of Law, Bloomington, in 2001. While in law school, he was a member of the Federal Communication Law Journal and named Order of the Barristers.Ben is admitted to practice in the State of Indiana and in the U.S. District Courts for both the Northern and Southern Districts of Indiana.