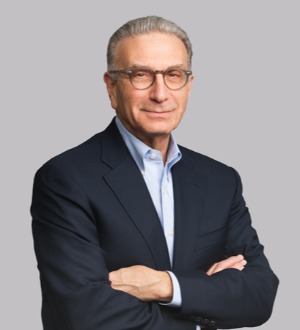 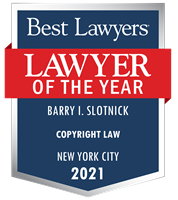 Barry Slotnick is a nationally recognized intellectual property litigator who represents high-profile clients in the music and entertainment industries, as well as major brands across the advertising, licensing and merchandising sectors. Barry has litigated scores of copyright infringement cases in courts throughout the United States, as well as numerous disputes addressing the respective rights of copyright and trademark owners and users, including rights of privacy and publicity.

Barry has lectured extensively on copyright and entertainment issues for the Practising Law Institute and other industry groups. He sits on the boards of Volunteer Lawyers for the Arts and the Copyright Society of the USA.

Among Barry’s many distinctions is Chambers USA’s description of him as a “savvy lawyer who is excellent in and out of the courtroom” and “one of the most well-respected music litigators in New York.” The accolades that Barry values most, however, are the private ones that come from clients who express their appreciation for his work.

86 The Best Lawyers in America® awards